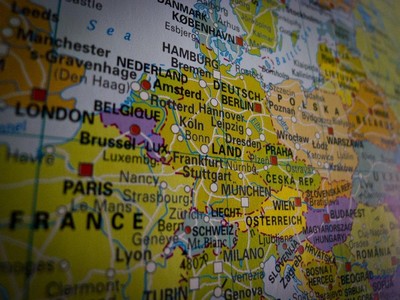 A Full Tilt Poker spokesperson announced recently that the site would soon be launching a new FullTilt online poker room at .EU.

Coming soon to FullTiltPoker.eu, the site is expected to offer all the same game profile, features and promotions that the old FullTiltPoker.com offered. PokerStars, the new owners of FullTiltPoker, already has experience in this area, having successfully launched its PokerStars.eu branch back in February of 2011. When that site launched, PokerStars phased its players from Finland, Germany, Netherlands, Poland, Romania, Slovenia, Sweden, and other countries from pokerstars.com over to pokerstars.eu. It is expected that this is the same thing they will do with fulltiltpoker.com and fulltiltpoker.eu.

The difference between the two boils down to one thing: licensing jurisdiction. .EU websites are lienced in Malta while .COM websites are licensed on the Isle of Man.
,
It appears this may be a tactic to help players avoid paying income taxes on cash prizes they win at these sites. By switching licensing jurisdictions from the Isle of Man to Malta, players in such countries as those named above (those who would be switched from a Full Tilt Poker .COM membership to a Full Tilt Poker .EU membership) may be able to enjoy tax-free online poker winnings.

Meanwhile, the Department of Justice is behind schedule in announcing remission plans for the some 1.3 million former U.S. players at Full Tilt Poker who haven’t seen their funds from those accounts, totalling some $159 million, since April of 2011. But they have said that announcement can be expected soon. We’ll bring it to you here when it happens.