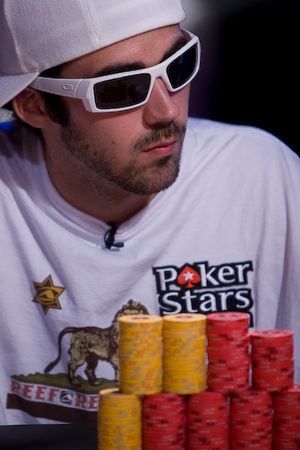 Each month, the massive sports site ESPN, releases their poker rankings, and it is called “The Nuts”.  The list contains ten total players, and is more than just an overall ranking of best players in the world, but actually the ten players who are playing the best right NOW.  This combines poker tournaments, online games, cash games, and any live games as well.  Basically, it takes anything poker related into account when deciding what ten players should be on this list.  While everything is tracked, the ratings push a bit towards live poker action, but honestly it really takes everything you could imagine into consideration.

You can always expect a few well-known names in the poker rankings, but there are also some players who may not be as well-known out there.  For this month’s rankings, there were quite a few big tournaments to include in the action.  The European Poker Tour featured two events, the World Series of Poker Europe was in the month of October, and there was also the World Series of Poker Circuit events to include.

The group of people who decide on these rankings includes ten total members, and they are the likes of Andrew Feldman, Bernard Lee, and Andrew Feldman, who are all ESPN poker contributors.  It also features the popular magazine’s (“Bluff”) editor-in-chief Lance Bradley and editor Jessica Welman, Nahuel Ponce, who is the editor for the poker section of ESPNdeportes.com, and a few other popular poker writers and editors for sites.

Now on to the rankings, the story here is that well known players Jason Mercier and Erik Seidel remained in the top two spots for these rankings.  The number three and four players were the same as well, with Eugene Katchalov and Ben Lamb falling in those spots.  Mercier pulled in three cashes at the WSOPE, and Seidel pulled in two cashes.

Now comes the surprises.  Shawn Buchanan jumped to the fifth spot, and was unranked before.  His jump came from his four cashes at the World Series of Poker Europe, as well as a second place finish.  He’s playing at the top of his game right now, and could be a name to look out for in the future.  The other movements in the top ten featured Jake Cody jumping from number ten to number seven, Phil Hellmuth falling from fifth place to eighth place, and two players being added in the 9th and 10th spots.  These two players added were Chris Moorman, who finished 2nd at the WSOPE Main Event, and Sam Trickett, who had a final table to add to his stats from the WSOPE and the EPT London as well.

The players who fell out of the top ten this week were three well-known players in John Juanda, Daniel Negreanu, and Vanessa Selbst. 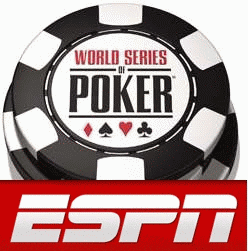 The World Series of Poker Main Event is one of the most watched and followed televised poker tournaments out there today.  It draws in between 6,000 and 7,000 players consistently, and features the “November Nine” which is the final table of the event.  The idea behind this is that the final nine players are set in July, but have around a four month break until the play continues in front of a massive live crowd and huge television audience on ESPN and ESPN2.  The final table schedule was set and ready to go, but Caesars Interactive Entertainment, who owns the World Series of Poker, recently decided to make a change to the format.

The idea behind the change is that it will help improve the TV coverage for ESPN and ESPN2.  The November Nine was set to kick off on November 5th, and go through November 7th, but it has been changed to kick off on the 6th of November at 11:30am PDT.  One other thing that changed in the format is that it was originally planned for players to take a day off from the action and for play to continue with two players in heads up play.  The new plan is that there will still be a break in the action for a day, but it will then feature the final three players taking the stage at 5:00pm.

The televised coverage of the event will work very similar to how the live action worked during the Main Event, in which there was a small delay in the action.  The November Nine will feature a fifteen minute delay, and players will also get to see the players’ hole cards, and hear the commentary as well.

The final table coverage will most likely feature some big names in poker, just as the Main Event did.  The coverage of the 2011 Main Event drew in some commentary from players like Phil Hellmuth, Antonio Esfandiari, and Olivier Busquet, who all chimed in to give some analysis after they were no longer in the action.

The 2011 November Nine should draw an incredible amount of interest this year, as it features some of the young up and coming players in poker; as well as a wide range of players who have different styles of play.

With the April 15th indictment of the big online poker rooms like Full Tilt Poker, Poker Stars, and Absolute Poker, there was a major concern that the 2011 World Series of Poker would take a dip in terms of it’s entrants, as well as it’s fans watching.  This turned out to not be the case at all, on either fronts.

The 2011 World Series of Poker Main Event drew in a crowd of 6,865 players, and had an incredible number of fans watching the live action daily, all the way down to the November Nine.  There were 10 programs for the Main Event that aired on ESPN2, and had around 415,000 people watching each episode.  To top that off though, the primetime coverage of the event drew in 646,000 viewers, and there was also the live action streamed on ESPN3 online daily as well.

According to the senior director of programming and acquisitions of ESPN, Doug White, the show also did incredibly well in the early morning hours of 1am to 5am, boosting numbers around 136% overall.  Another great addition to the show was the professional poker player guest commentators, such as Phil Hellmuth, Antonio Esfandiari, Olivier Busquet, and Johnny Chan.  One of these players was constantly there to give analysis, predictions, and opinions on how hands were played, and how they would have played them.

The Main Event was even discussed on the biggest show on ESPN, Sports Center.  It’s incredibly impressive that after all that the United States has been through in terms of the ups and downs of online poker, that they were able to bring in not only the large number of players; but also the large number of fans as well.  While the future of online poker is still up in the air, one thing that seems to not be is the big time events like the World Series of Poker.  The 2011 World Series even broke records for largest total prize pool, as well as most entrants across all of the events.