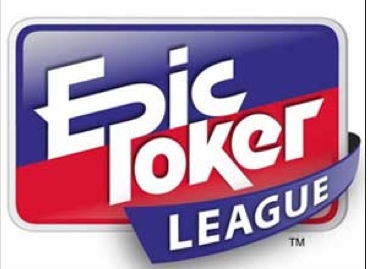 The folks who brought us the World Series of Poker, 441 Productions and David Neal, have created a brand new poker league: the Epic Poker League. And broadcasters of EPL events include none other than CBS Sports.

The Velocity Network, the new HD cable “male upscale lifestyle” network of Discovery Communications, will also be airing footage of Epic Poker League tournament action. Between the two broadcasters, over 20 hours of EPL coverage will be presented to fans at home: 13 hours from Velocity and 7 hours from CBS Sports. Broadcasts on the latter station will be hosted by Emmy Award-winner Pat O’Brien and the off-screen announcer at the National Heads-Up Poker Championship and NBC television’s Poker After Dark, Ali Nejad.

The first EPL event takes place August 9 – 12 at the Las Vegas Palms Casino. This inaugural season of the tour will consist of four main events, all of which culminate in 2012 in a $1 million guaranteed freeroll final at which only 27 players will remain.

The parent company of the tour, Federated Sports & Gaming (FS+G), which is headed up by chief executive Jeffrey Pollack, paid CBS Sports to buy time to broadcast the Epic Poker League, not unlike an infomerical producer buys time to air their material, while the Velocity Network agreed to air footage as part of a promotional tie-in deal in.

The 5 bigwigs starting of season 2 of The Big Game are David “Viffer” Peat, Tony G. (of Team Party Poker) Scott Seiver and Team PokerStars’ own Daniel Negreanu. Former NBA men’s basketball superstar Bobby Sura will also be at the table, which boasts a $100,000 buy-in. As will be Gonzales Cannon, the aptly-named first Loose Cannon of season 2, whose entry comes courtesy of Poker Stars.

The Loose Cannon of the week in The Big Game is a player who wins that spot via qualifier tournaments on the PokerStars site. The Loose Cannon is allowed to keep any amounts they win above $100,000 (the cost of their buy-in) at the end of the week. The lineup of pros and Loose Cannons alike changes each week. Upcoming stars to look for in future weeks of The Big Game, which airs now until August 5, include Phil Hellmuth, Bertrand “ElkY” Grospellier, Barry Greenstein Phil Laak, Jennifer Tilly, Vanessa Selbst and reigning World Series of Poker champion Jonathan Duhamel. Among the non-poker pro players appearing in future weeks of The Big Game Season 2 are Guy Laliberte, creator of Cirque du Soleil, and Nick Cassavetes, famous film director.

All episodes of The Big Game air on pokerstars.tv at noon on weekdays. Extra footage will also be available online, including detailed player statistics, unseen hands, and moments that couldn’t be shown on regular Internet television. 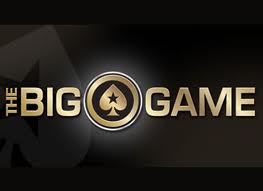