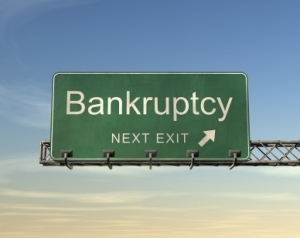 Earlier today the parent company, Blanca Gaming, of the Cereus Network which owns Absolute Poker and UB sent out and email to their shareholders letting them know that they will most likely be filing for bankruptcy. Absolute Poker and UB ran their operations from a four story building in Costa Rica that as of this moment is closed and empty. Everything was removed and 95% of their workforce was let go.

Since Black Friday we have not heard much of anything from either poker site even though they continued to allow US players to play. Still the Network lost 70% of it’s traffic and has become an insignificant poker network. Players still cannot withdraw and many are starting to think they never will unless the U.S. DoJ releases the frozen funds. Currently non US players are allowed to withdraw a maximum of $250 every two weeks.

Things do not look good and as a result we’ve removed Absolute Poker and UB from Holdem Poker Chat. They had a great chance to do the right thing and make up for their past mistakes but as of right now it’s not looking like they will.

Below is a copy of the email that was sent to shareholders:

Since the last meeting of shareholders, there have been a number of developments that affect our Company.

Most importantly, Blanca Gaming has provided notice to our subsidiary Avoine that it is currently unable to make any payments toward its debt obligations. Additionally, Blanca has further advised that there will be no future payments.

Over the past 60 days, the Company has accumulated current debts in excess of $250,000 which are increasing at $100,000+ per month. These obligations are primarily legal and professional fees in Norway.

With no cash on hand and no prospects for any cash flow for the foreseeable future, the Board of Directors is required by Norwegian law to enter the bankruptcy process. The Oslo court will appoint a Receiver who will review the affairs of the Company including the assets, liabilities, and its recent transactions. After a full assessment, the Receiver will make a determination how to enforce any applicable rights, obligations, and obtain the maximum value for its assets in the best interest of the Company.

As the Receiver is a court appointed 3rd party, we can be assured that the Receiver will evaluate all relevant options including any applicable soliciting proposals from interested parties related to the assets of the Company. Funds accumulated through the Receivers’ efforts will be disbursed according to Norwegian law.

As of the date of the filing, the Board of Directors is relieved of duty, and all future matters are in the sole control of the Receiver.

Sincerely,
Madeira Fjord, AS Board of Directors

Update: Absolute Poker and UB have ceased all US operations and will focus on non US players. A company spokesperson said: “We regret that we have been compelled to take these actions.  We have worked tirelessly to create a truly amazing company that is filled with extraordinary people. We have always been and still remain fully committed to our employees and players. At the same time, we are confident that this restructuring will strengthen the company and its future.”

Update May 5, 2011: Blanca Gaming officially filed for bankruptcy in Norway this morning.