A couple of weeks ago we told you about the second Online Super Series (OSS II) to be hosted by America’s Cardroom, although the full schedule of events had yet to be released. Well wait no longer! What with the 82-event series right around the corner, taking place January 13 to 27, America’s Cardroom has now released the complete OSS II schedule.

It would be prohibitive for us to list all 82 events on the schedule in the short space here, but these are the broad brush strokes:

On Mondays, Tuesdays, Thursdays and Fridays, Americas Cardroom will run 5 daily events spread throughout the day. Buy-ins will range from $10 to $100 and the total daily prize pool up for grabs is $45,000 GTD minimum each day. Events in No Limit Hold’em use the reentry method while Pot Limit Omaha events each feature one rebuy and one add-on. Each day’s main event will start at 9:00 pm ET.

On Wednesdays throughout the series, Americas Cardroom will run 5 reentry events with a combined $44,000 guaranteed prize pool.

Then on Saturdays, Americas Cardroom is chock full of satellite tournaments into its biggest guaranteed events of the week. In addition, the site will host 7 tournaments spread throughout the day with a combined prize pool of $47,000 guaranteed. 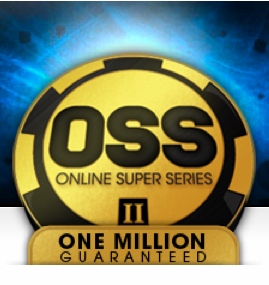