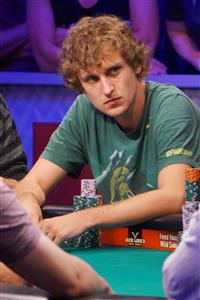 Runner-up was Jay Farber, a Las Vegas club promoter, who lost the title to Riess in an intense but brief final head-to-head battle.

The action all took place at the Rio All-Suite Hotel and Casino in Las Vegas, Nevada, with the initial 7 players eliminated from the famed 2013 November Nine on Monday, November 4th. Farber started out the head-to-head portion of the event ahead by 19 million chips. But Riess was relentless, using both big and small plays alike to whittle down that lead. In the dramatic final hand, Riess called Farber’s bluff, not that it mattered, as he was holding an Ace-King and the cards continued coming out in his favor.

Riess, who this time last year was finishing acquiring his hospitality management degree from Michigan State University, claimed to have been coveting the WSOP Main Event gold bracelet since he was 14 years of age. After winning the 2013 championship while wearing his Calvin Johnson baseball jersey, he got a suite at the Palazzo, invited 100 friends and family, and celebrated.

Farber had come up with the $10K buy-in for the main event by selling multiple stakes in his winnings, a gamble that paid off for him and his investors as they got to split a share of his $5.2 million 2nd prize amounting to $520K for every $1K they put up.