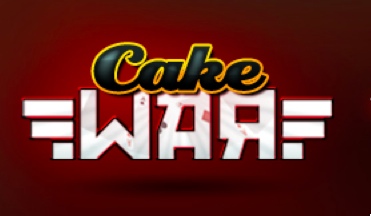 Contrary to its name, the action at Cake Poker isn’t all about poker. Granted, it’s mostly about poker. But it’s also about War: another classic card game that CakePoker players can enjoy for real money rewards.

Cake War was introduced as part of the Cake 2.0 software update. War is all about strategy and bluffing, removing the element of chance from cards entirely. Cake offers two formats of the game to choose from: Tactic WAR, or the classic version of the game with 10 cards per player, and Blitz WAR, a faster paced variant of the game with 6 cards per player. Also Blitz WAR doesn’t use a central deck. If you don’t know how to play, War is easy to learn and all the rules are posted at the site.

The gist of the game goes like this: Players start with a set of “bid cards” (either 6 or 10 depending on the version of the game). If a center deck is used, it is formed from the same cards Players then secretly bid on each card revealed from center deck with the high card winning. Players are scored by the face value on the deck cards they win. In Blitz War, in which a central deck is not used, players simply bid on each other’s cards, again with high card winning.

It’s a simple game to learn but a difficult game to master, which is why it’s become such a popular staple at Cake Poker.

Cake WAR is played with a tournament buy-in structure, which is how the prize pool for the winners is formed.

One thought on “Cake Poker: It’s Not Just For Poker Anymore” 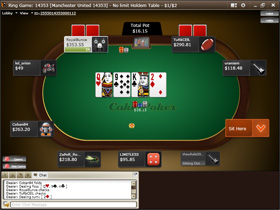