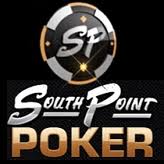 Folks in Nevada may have to wait a bit longer to get their first intrastate online poker room, and the first in the country. But chances are, even with this delay taken into account, they’ll still be the first.

In the first state to pass an intrastate gambling law the first company, South Point Poker LLC, to receive a license to operate within that state has hit a snag. After receiving their license this past August, 2012, South Point promised their new online poker room for Nevada residents only would open this month, October, 2012, but that deadline has not, and apparently will not, be achieved.

The problem? The independent testing labs through which South Point Poker (and all gaming operators planning to follow their lead within the state) must go to sate the State Gaming Control Board’s concerns. If it were up to South Point Poker itself, their COO Lawrence Vaughan reports, they’d be ready to go live today. Vaughan says that as the first to pioneer this road, they’ll obviously be subject to even greater scrutiny, which can only be expected.

South Point Poker is already known for its free poker software of the same name provided on the ZEN Entertainment Network.