The Super Poker Event of Europe 2012, otherwise known as Super 2012 for short, is planned to be the largest poker event, by player pool, in European history, with a whopping 4,000 player field. The event, featuring tables dealt 100% by fully professional dealers, will take place at the Citywest Hotel in Dublin, Ireland from February 25 to 26, 2012, in its Citywest International Conference and Events Center. On the event’s final day March 31, the 8 remaining players will all be flown to a secret spot to play out the final table securely. The final table action will be streamed live over the Internet.

Cake Poker is planning to send players to this event through a series of satellite tournaments starting with buy-ins at just $0.20. Super 2012 Satellites run from November 1 through February 12 at Cake Poker with each top prize package valued at $1,500 and including the €300 + €40 buy-in into the Super 2012 main event as well as a cash stipend to help pay for travel and hotel accommodations and, of course, an official Cake Poker gear pack.

There are daily Super Satellites, Satellites and Semi-Final Satellites, all leading up to a $1,500 Final Satellite. The Super Poker $1,500 Final, then, takes place once per month between now and February 12 (see the site for details) for a $54 direct buy-in, with one Super 2012 prize package going out for every $1,500 in the prize pool. Many of these satellites are rebuy and add-on events. 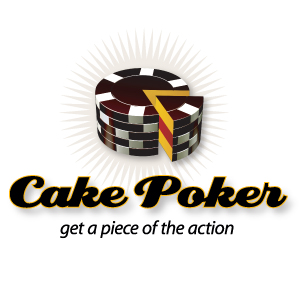 Following a news story posted on Bluff online this morning, Holdem Poker Chat can confirm that there has indeed been a deal struck between the struggling Cake Poker Network and Pokerlistings.com. While most are reporting that Pokerlistings has bought Cake Poker, we are hearing that they did not buy 100% of the network. We’re hearing 50%.

The Pokerlistings website has already been changed this morning to reflect the pending sale. Cake Poker is now listed as their #1 site followed by two new Cake Poker Network skins.

This is breaking news and we’ll have much more information on the deal later today.

UPDATE: We finally spoke to Cake Poker and a deal is in the works but has NOT been finalized. I does look like it will happen sometime later in the week. As we reported earlier, the deal is NOT for 100% ownership but is for majority control of the network.

Cake Gaming NV announced today that it will be undertaking a strategic partnership with PokerListings.com. The partnership brings together two companies with extremely complimentary resources: PokerListings.com being the most comprehensive poker news and Poker Strategy website in the world and the Cake Network, a popular global poker network with a number of strong consumer-facing poker brands.

“We are extremely excited to become a major component of PokerListings.com’s massive online presence,” said Cake Network Marketing Director, Andrew Turner. “The value of being integrated into one of the premiere leaders in new player acquisition and poker-related search can not be overstated and will have a significant impact on the Cake Network ecosystem and overall liquidity. This partnership positions the Cake Network for future growth in terms of new depositing players as well as for the addition of several strategic network partners. ”

With its significant Poker and Casino holdings, PokerListings.com can stake a claim to being the largest single gambling affiliate business in the sector. Through a very close working relationship in the areas of web development, content production and traffic conversion, PokerListings.com is positioned to substantially contribute to future development of the Cake Network.

A notable aspect of this partnership includes an ongoing commitment from PokerListings.com to drive a minimum of 2,000 new depositing players per month to the Cake Network which will have a significant impact on the number of recreational first time depositors. This partnership adds considerable strength to the position of the Cake Network by ensuring a steady stream of new depositing players every month which will soften games and increase liquidity across the network.

“We have been looking for this kind of partnership for some time now and we are very happy to have closed this deal with Cake Network. Not only does the partnership bring great commercial value to our respective companies, but we are very proud to secure the best possible deals for PokerListings.com’ visitors” said PokerListings.com’ representative, Martin Carlesund.

In addition to an influx of new players to compete against, Cake Network players will enjoy several other benefits from this partnership including: syndicated high quality content, added functionality and fantastic deals for those referred to the Cake Network
nby Pokerlistings.com.