It’s finally the time for poker players around the world to get excited about the biggest poker tournament series out there.  Caesars Entertainment Corporation has officially released the schedule for the 2012 World Series of Poker, and it’s one that looks more than just a little bit interesting.  For starters, when you look at the schedule you’ll see that there are now a total of 61 events, a number which is definitely higher than last year.  There have also been some interesting additions made in terms of tournament styles as well.  The action will begin at the end of May, on the 27th to be exact, and will run over a 50 day span until July 16th.  Just like normal though, it will kick off with the $500 Casino Employees event.

A few of the newer events that are featured include a $3k Heads-Up No Limit Hold’em/Pot Limit Omaha mixed event, a $5k No Limit Hold’em Mixed Max event, a $1,500 Ante only NLH event, and of course the $1 million tournament called the “Big One for BIG DROP”, which features 11.1 percent of the buy-ins to go towards the charity for ONE DROP.  Each of these events should be fun to watch, and should draw quite a bit of interest as well.  Other additions to the tournament will include the “exhibition events”, which won’t give out any gold bracelets to the winners, but will feature smaller buy-ins.  These tournaments will be $560 events and the first one will be on June 30th.  It is a Doubles No Limit Hold’em event which features two players to a team, and the players will play through each level attempting to build their stack.  The other one is on July 6th and is a bounty event which will place bounties on every player in the tournament who has won a gold bracelet before.

One last interesting thing to note about the WSOP is that the final nine players are no longer the “November Nine”, as they have decided to move the final nine players of the Main Event to the end of October, since the US Presidential Election will be going on in November. The Main Event will be have three starting days instead of four this year as well, but has added about 92 tables to the poker room in order to accommodate all of the players. 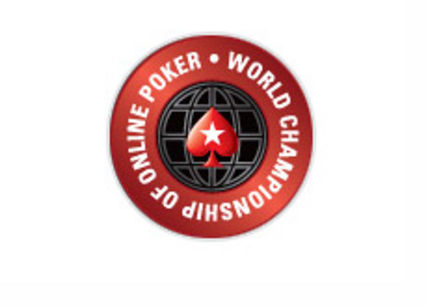 The 2011 World Championship of Online Poker (or WCOOP, for short) consists of 62 tournaments ranging from No Limit Hold’em to Fixed Limit Badugi and everything in between. Over half-a-dozen events have prize pools topping $1 million, several reaching $1.5 million. The action takes place from September 4 – 25 with most days seeing at least two, sometimes three or four, events. It all leads up to the main event, of course, taking place September 25 for a direct buy-in of $5,200 and a guaranteed prize pool of at least $5 million with a guaranteed 20% (that’s $1 million minimum) going to first place.

Buy-ins for WCOOP 2011 start at $109 and climb to $10,300 for the several high-roller events. But the site is already holding satellite tournaments awarding seats in the series’ various events for much lower cost, starting at only 100 FPPs (Frequent Player Points) or $1. There are also STEPS Sit and Go satellites into the 2011 WCOOP as well.

There will also be a leaderboard running to determine the WCOOP Player of the Series, who will win a massive prize package that includes a Champions Trophy, an EPT (European Poker Tour) Season 8 Grand Final prize package, a 2012 SCOOP (Spring Championship of Online Poker) main event entry, a prize package into the 2012 PokerStars Caribbean Adventure and a special edition poker chip set.