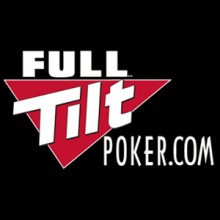 If you live in the U.S. and you used to play at Full Tilt Poker, before they were forced to shut you out, then you probably got an email from the recently giving an update on their plans and progress returning player funds still held up in FullTilt accounts due to the site’s closure of U.S. operations and freezing of U.S. assets.

On Friday the site issued a statement explaining that all player funds in Tournament Dollars (T$) and tournament tickets have now been converted back into cash in the player’s account. Can the players withdraw that cash yet? is the next question.

And the ansewr is: Not yet.

Full Tilt is converting T$ at a 1:1 ratio, or $1 for every T$1. All unused tournament tickets are being converted back into their full original cash value. Ring game tickets that were unused, either in full or in part, and have expired as of April 15 (“Black Friday” to the online poker community) have been credited as cash for the full value of their remaining unused portion.

Additionally, players’ Iron Man and Black Card statuses will be left as they are, even if the players can’t get back onto the site.

But what Full Tilt is still unable to do is refund any of these monies to players’ hands. That, they say, they’re still working on.

While many players have vociferously expressed their displeasure at Full Tilt Poker’s holdup in getting U.S. player funds refunded, what with Poker Stars having already begun the task, Full Tilt Poker pro Tony G. issued a Tweet requesting players give the site their patience as they are doing the best they can.

The Poker Players Alliance’s Executive Director John Pappas suggested that the amount of player funds withheld because of the U.S. Department of Justice’s actions against several top poker sites on April 15, 2011 (or what has been dubbed Black Friday) might run an estimated $100,000,000 to $500,000,000. As it turns out, if he’s not right then he’s underestimating, as the lower of those two amounts, $100 million, is the amount of money Poker Stars announced last Friday having already returned to players, and that doesn’t even take care of all  of it.

And that’s just one site. Full Tilt Poker has yet to start returning player funds, as does Absolute Poker, even though both sites have come out saying they will soon, and that they have successfully negotiated a way with the US Justice Department to do so. Players are skeptical about Absolute Poker’s abilities to follow through on this promise, however, as Blanca Gaming still hasn’t convinced its community that it’s not considering filing for bankruptcy.

Full Tilt Poker issued a public explanation of its delay, albeit over one of its player forums via an vaguely identified representative, which sat as no more than an excuse with many players who are watching their PokerStars counterparts starting to get their monies back. So in addition to being a legal nightmare for Full Tilt Poker, this could turn into a PR nightmare for them as well. At least Poker Stars is trying to stay on top of that end of things while other parts of their business fall apart (or at least under scrutiny).