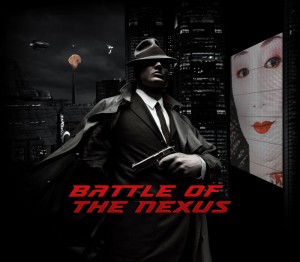 This month Lock Poker kicked off its Battle of the Nexus rake race, with the potential to win $45,244 in individual cash prizes, plus leaderboard prizes, and it runs until all the prizes have been given out.

The Lock Poker Battle of the Nexus rake race takes place at all real money cash game and tournament tables at the site, including the promotional Nexus tables. At both the regular tables and Nexus tables, players are tracked on how much they pay in cash game rake and tournament fees. As a player’s total contribution to rake and fees climbs, so too does the player climb through promotional prize levels, with a cash prize waiting on each level. The higher you climb, the bigger the prize, and more, these prizes are cumulative. But there are also only a limited number of prizes at each level, and when a level is out of prizes, players must climb to the next level before they receive a prize (and hope that those haven’t all been given out too).

As you can see, it pays to play soon and often at Lock Poker if you want to collect as many Battle of the Nexus prizes as you can. And keep in mind that at the Nexus tables there is an extra booty of prizes available that may not all have been given out, even if that same level is cleared of prizes for regular cash game and tournament play.

And as mentioned in the intro to this post, there is also a Battle of the Nexus leaderboard promotion where you can earn extra prizes. Return here tomorrow to learn all about this part of the promotion.