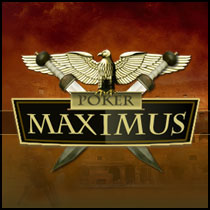 Carbon Poker introduces Poker Maximus II, an online tournament series that is US player friendly! Poker Maximus II begins on September 6, 2012. Thirty-five guaranteed events will run through the next eleven days for a total guarantee of $1,300,000 in prize money.

The opening event is an affordable $11 buyin tournament with a staggering $15,000 guarantee. The series features the affordable $11 tournaments as well as higher buyin $33, $60, $109 and $215 tournaments.  All budgets should find something to like in this schedule of tournaments. Satellites of all varieties are available in the sit and go format as well as the traditional multi-table tournament style.

For those of you who haven’t heard about the Poker Maximus series on the popular online poker site Lock Poker, then you are simply missing out on some excellent action.  The Merge Network launched the Poker Maximus series which will run from the 4th of March through the 21st of the month, and features many different tournament buy-in sizes, as well as some massive guaranteed events as well.  When the tournaments started, the guarantees varied quite a bit depending on what the buy-in of the tournament was, but the creators of the series’ quickly found out that these guarantees were going to be smashed.

Event #1 started off as a $11 buy-in, that featured a $7,500 guaranteed prize pool.  The event was just a standard No Limit Hold’em Freezeout event, but it was one that absolutely slaughtered that guarantee above.  When all was said and done the total prize pool was $50,550.  There were over 5,000 players in the event, which definitely created quite a nice first place prize for such a small buy-in tournament as well.

Now to take a look at the third event, which had a $33 buy-in, and it absolutely annihilated the $15k guarantee.  In total, the prize pool was $79,950, and and first place ALONE was over $13k!  This was probably one of the most impressive jumps in terms of growing prize pools, and one that could even make the next $33 event even larger!

The final event of an incredible opening day at the Poker Maximus event featured a $215 event with a $75k guarantee, and of course once again that guarantee was slaughtered.  In the end, it was a total prize pool of $172,600, and the eventual winner “PokerJoe561”, got over $32.5k for taking it down.

The upcoming weeks of this event should be some incredible poker action, so be sure to get in on the events daily! 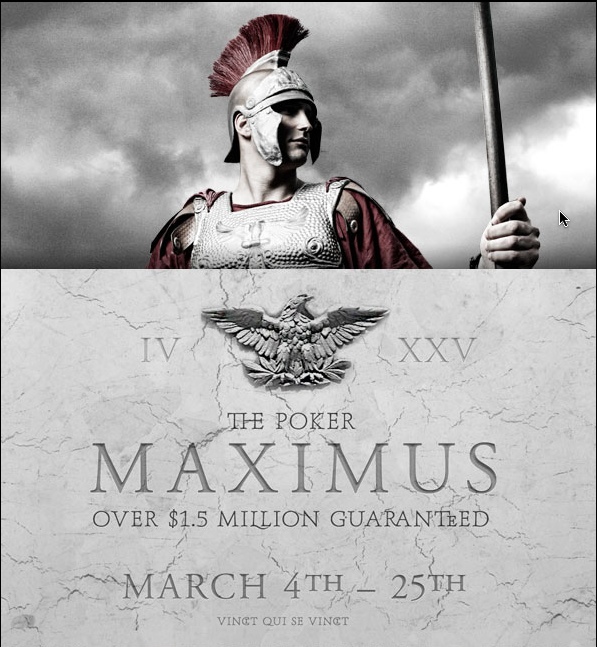 From March 4th through 25th, 2012, Lock Poker will be holding The Poker Maximus with a guaranteed prize pool of more than $1.5 million.

Buy-ins for the Poker Maximus range from $1.10 to $530 with more than $25k added in bonus prizes for players who either play in the Tournament of Champions or finish in the top 10 on the Poker Maximus leaderboard.

In all, Lock Poker will be hosting 70 events in this year’s Poker Maximus. In addition to a Tournament of Champions entry and their prize and bonus money, each event’s winner will also recieve a Poker Maximus Event Winner accolade for use with their Lock Poker player avatar.