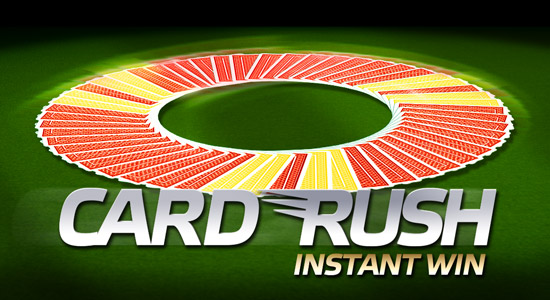 To earn your first Card Rush Instant Win game card, you just have to earn 5 PartyPoints. After that, you’ll earn an additional card for every 15 PartyPoints you earn. Cards are delivered to your account as soon as they’re earned and you can scratch them instantly to find out what prize you’ve won. It could be cash, more PartyPoints, freeroll tournament entries or Card Rush points.

All Card Rush Instant Win cards are dealt out randomly. Players earn PartyPoints by playing in real money games at PartyPoker: either at cash tables through playing in raked hands or at tournaments, both MTT and Sit and Go, through paying buy-in fees.