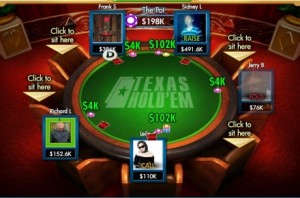 Delaware is preparing to offer online poker and online casino gambling within the state by Halloween of this year, and as part of those preparations has just rolled out free play online poker and casino sites to help get would-be future real money players acquainted with the systems the state will be using. These free play games are being promoted on Facebook under the DoubleDown Casino platform, offering play money Slots, Blackjack, and Poker. In a statement released by Delaware lottery director Vernon Kirk, players were assured that when the real money gambling sites go live in the state, a Facebook account will not be required to participate.

The company Delaware contracted to produce the gaming software the state will use for its legal online poker and casino real money sites is 888 Holdings, the company behind 888 Poker and 888 Casino, among other sites. 888 Holdings, as it happens, is one of the states also getting into legal online poker and casino gambling in New Jersey. And the company’s director Brian Mattingly just came out and said after 888 is in Delaware, New Jersey, and Nevada, it plans to set up shop in California, Florida, and New York next.

The new Ding slots, blackjack and poker games (as they’ve also been called) is a product of IGT Gaming, however, the software maker behind the DoubleDown Casino platform on Facebook.

The new free play online poker and casino games in Delaware have been released as a joint venture by all three of the state’s land-based casinos. 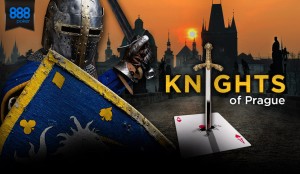 888 Poker is now holding a promotion it calls the Knights of Prague, in which the most successful contenders will walk away with an $1,800 prize package into the second annual 888poker Prague Championship, to be held from December 6 to 9, 2013 in Prague, Czech Republic.

There are two ways to win a seat in the 888poker Prague Championship II: either by playing your way up through a series of satellite tournaments, or you can skip straight to the qualifier itself.

The satellite series into the 888poker Prague Championship II Qualifier starts with a Step 1 event that has a $0.90 + $0.10 buy-in. It’s a rebuy and add-on event and awards a seat in Step 2 for every $11 in the prize pool. It takes place every day, every 3 hours. The Step 2 event has a $10 + $1 buy-in and allows one 2nd chance rebuy. It takes place daily and awards a seat in the qualifier for every $200 in the prize pool.

The 888poker Prague Championship II Qualifier takes place once every other Saturday for a buy-in of $180 + $20 and awards one $1,800 prize package at each event.

Each $1,800 prize package includes the 330 EUR buy-in for the Prague Championship (a two-day event), $550 for expenses, a 3-night stay in Andel’s Hotel with WiFi and breakfast included, an invitation to a welcome reception with canapes and drinks the afternoon of the 6th, an invite for you and a guest to a VIP party the evening of the 6th.

Play at Americas Cardroom Poker’s The Beast tables all this week and you can win a share of both of those prize pools: $6,000 in all.

The final Weekly Leaderboard period for this promotion runs through August 31. The $5,000 guaranteed prize pool is divided amongst the top 115 with all of them getting at least $10 and the top winner getting $500, all players in the top 10 getting at least $100. Only play on The Beast tables is eligible.

Daily Leaderboards will be running throughout the rest of this month as well, at The Beast tables, with a $1,000 prize pool guaranteed each time. Here the top 10 players win at least $25 with the top finisher each day winning $300.

Players can win as many times, as many days and weeks, as they are capable of.

And Americas Cardroom will not deduct points accumulated in this promotion from your usual The Beast progressive rake race monthly total. In other words, points earned toward leaderboard prizes do not have to be traded in to receive your prize.

In addition to its regular promotional offerings for all its players everywhere around the world, PokerStars also hosts a vast assortment of regional promotions exclusively for players living in particular geographic areas. Here is a rundown of just some of the ones running right now at the site:

ACOP Platinum Series Mega Giveaway awards seats in the HKD $500,000 main event in Macau, with free and low cost qualifiers running now, awarding seats in one of three weekly finals plus hundreds more in tournament tickets, all for players anywhere in Asia.

Hot August is a multi-phase promotion made up of daily low-stakes tourneys awarding cash prizes and league points, with additional cash awarded to the top 200 players weekly, as well as tickets into the next WCOOP, all for as little as $0.11, but only available to players living in  Uzbekistan, Ukraine, Turkmenistan, Tajikistan, Russia, Moldova, Lithuania, Latvia, Kyrgyzstan, Kazakhstan, Georgia, Estonia, Belarus, Azerbaijan, and Armenia.

This is just the tip of the iceberg in regional promotions at PokerStars. Check the site’s promotional page for the full list of special geo-specific offers running now. 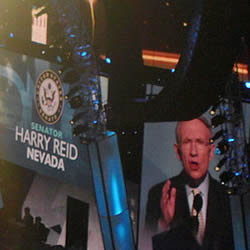 Rumors are now circulating in the press that U.S. Senate Majority Leader Harry Reid is getting ready to once again roll out legislation making online poker legal in these United States.

This rumor remaining after a related rumor that Sheldon Adelson has suddenly done a 180-degree turn in his opposition to legal online poker in the U.S. has been debunked, at least according to Adelson’s spokesperson who says that he is still adamantly against it. Nevertheless there were several reputable news outlets reporting that Adelson had told Harry Reid that he would back new online gambling legislation if it restricted itself to online poker. Regardless of what Adelson’s spokesperson says, if the rumor about Reid’s forthcoming bill is true, we’ll find out the veracity of that other rumor in due time.

Meanwhile on a state level, news has just come out that Nevada and New Jersey – two of the states to have already passed online poker legislation for their states and begun the processes of implementation – are nearing completion of their pact to open the doors of each other’s online poker establishments to one another’s residents.

Reid’s rumored bill will effectively place a blanket-ban in the Federal Wire Act on all types of online gambling except for online poker.

Interestingly, this news comes out at the same time that an appellate court reversed a lower court’s ruling acquitting a player charged with illegal online gambling because he was playing Hold’em Poker, an established game of skill. 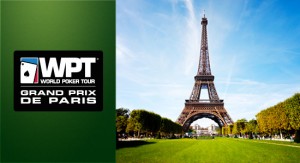 You can even win your seat in the rebuy speed sub qualifier through a WPT Grand Prix de Paris Freeroll tournament. These, as with the sub qualifiers, are taking place throughout the day, every day of the promotional period.

For the entire month of August 2013, PokerStars is hosting a series of special offers grouped together under the banner of VIP Month.

The PokerStars VIP Month $1 Million VIP Giveaway Tournaments are five tournaments offered to players earning SilverStar status or higher with cash prizes and WCOOP tournament ticket prizes totaling $1,000,000 in value. Earn as many FPPs as you can in August to gain entry into as many of these giveaway prize draw tournaments as you can.

Then between August 9 and 31, PokerStars is holding a VIP Store Sale in honor of VIP Month, awarding discounts of as high as 90% for purchases made with FPPs.

Between August 12 and 18 players can win free entries into the $1 Million VIP Giveaway tournaments through VIP Trivia Satellites in which players must answer a trivia question in order to gain entry into the satellite tournament. In all, the site will be awarding 35,000 seats across the five $1M Giveaway events.

And lastly, on the final day of VIP Month, Poker Stars will hold a VIP Bash Satellite. At the August 31 event, the site will award 100 seats in the 2013 WCOOP Main Event. Players can buy-in directly with FPPs or win their seats through feeder qualifiers and satellite tournaments.

On top of all that, Poker Stars VIP Live: Berlin tournament happens August 24.

This month of August 2013 marks the one-year anniversary of Americas Cardroom’s The Beast progressive rake race tournaments. And in celebration of that fact, the site is about to make The Beast even bigger and meatier than ever, with a boost to the daily leaderboard awards and the addition of weekly leaderboards.

What’s more, in addition to these and the regular monthly The Beast leaderboard, America’s Cardroom is now, as of this month, adding weekly leaderboards to The Beast promotion as well. Each week the site will award an additional $5,000 in weekly leaderboard awards with 1st place each week getting $500 and all players in the top $115 getting at least $10.

These leaderboards are track in addition to player’s regular The Beast standings and in no way does one interfere with the other. 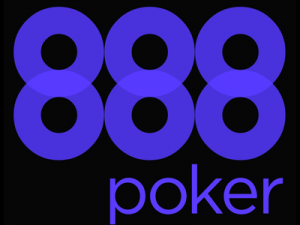 888 Poker will soon be launching for players in New Jersey. The state recently passed in-state gambling legislation that allows online poker sites to apply for licenses to legally operate within their borders. 888 Holdings is simply one of the first to get all its ducks in a row.

The other two states that have moved ahead with legal intrastate gambling are Delaware and Nevada. 888 plans to set up shop in both of these states as well, but made the decision to start with New Jersey as it saw that state as the one with the most potentially lucrative market.

CEO of 888 Holdings, Brian Mattingley, would not comment on the company’s marketing budget for this New Jersey launch, but he did say that current annual gaming revenue forecasts from its New Jersey operations are $450 million.

888 will also be making its poker and casino software available to Caesars Interactive Entertainment to offer players at its land-based properties in states that have passed gambling legislation like New Jersey, including promising to open up a brand new 888 branded Caesar’s online poker room and casino in New Jersey.

Meanwhile last quarter from all its operations combined 888 reported a $97 million revenue, $22 million of which came from poker.

The 8 other Atlantic City Casinos have all signed partnerships with online gaming companies and will soon be following in 888 and Caesar’s joint footsteps. Atlantic Club Casino and the Revel Casino have yet to announce their online gaming partners, but the others have, and they are as follows:

Carbon Poker’s two month promotion, the $100,000 Race for Riches, that started in July continues into and concludes in August.

Awarding a guaranteed $100,000 prize pool across 8 week long races, the Carbon Poker Race for Riches tracks players progress earning Race Points on a leaderboard, with the top 250 finishers on the board at the end of each week winning cash prizes. At each race $12,500 of the $100K total guaranteed prize pool will be awarded. 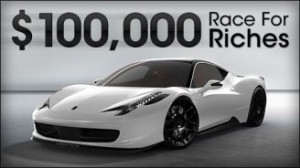 Players can also earn multiplier tournament points by playing in selected games during any given race week. For each of the specified tournaments that you enter (visit the Carbon Poker promotion’s page for the full details list, including start dates, times, and buy-ins) Carbon Poker will give you a 0.1 multiplier bonus to apply to your Race points earnings. The list of tournaments awarding multiplier points includes one daily event, the 19:00 High Roller $25K GTD Deep Stack event, one event each day of the week, Monday through Sunday, with two additional events on Sundays as well.