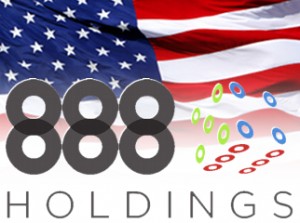 Poker players living in Nevada will soon be able to play online poker with other Nevada players through 888 Poker, in partnership with Wynn Resorts.

In the latest legal U.S. online poker partnership of a cascade of them to hit the news desk these past months (and for months to come in the foreseeable future) Wynn Resorts has partnered up with 888 Holdings, owner of 888 Poker among other online gambling sites, to offer its unique brand of online poker to players throughout the state of Nevada, where intrastate online poker has now been legalized and regulated. That makes Wynn Resorts, owned by Steve Wynn, the latest member of the All American Poker Network or AAPN that 888 Holdings set up along with Avenue Capital Group in order to offer legal intrastate online poker in states where it’s legal.

Currently, partnerships with land-based casinos already established in these areas is the only way an online poker site can apparently set up shop in the newly budding intrastate U.S. online poker market. Originally the news was that Wynn Resorts would be partnering with Poker Stars for its intrastate online poker offerings, but after the debacle of Black Friday, 2011, Wynn Resorts backed out of all talks with PokerStars, which is how AAPN and 888 Holdings was able to get a leg in the door.

So far, the states where online poker is now legal are Nevada, New Jersey, and Delaware, and 888 Holdings’ Brian Mattingly is already getting in a stake in every one of these markets.

Last Friday, a Wall Street analyst stated that, based on current events, he saw little likelihood that the U.S. Congress would address the issue of legalizing online poker and other forms of online gambling in the United States until at least next year, 2013. If true, this is sobering news for poker activists and players alike in the U.S., as this year, 2012, is only just getting started.

But is it true? What is his analysis based on? According to the Las Vegas Review-Journal’s report on February 17, 2012, the analyst, one Chad Benyon of Macquarie Securities, says that if online poker were on the table in Washington, it would very likely have appeared as a bill tacked onto the recently passed extension of the payroll tax cut. But it was not. In fact, it was specifically addressed by Senate Majority Leader Harry Reid of Nevada in a press statement, when he stated that it definitely would not be attached in the bill presented for a vote (and passing) the following day.

This doesn’t rule out the possibilities that online poker could cross Congress’s desk some other way, including by a bill all its own, like the ones spearheaded by now retired Massachusetts Congressman Barney Frank.

It also doesn’t rule out the possibilities of individual states legalizing and regulating online poker on their own, without the support of the federal government. Take Harry Reid’s own Nevada, for example, which just put the final touches on legislation to loosen the restrictions on online gaming in the state to minimum enforcement standards. That may go into effect as early as next month.