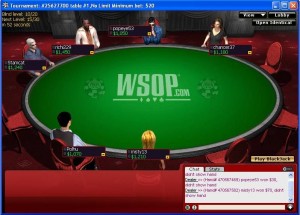 The World Series of Poker’s new real money online poker site for Nevada residents, courtesy of Caesar’s Entertainment, will have its official launch this week.

As of this coming Thursday, September 19, 2013, the World Series of Poker’s long-awaited real money poker site is now officially live. Available exclusively to Nevada players for the moment, the WSOP is betting, like all the other Nevada, New Jersey, and Delaware land-based gaming operations getting into the intrastate online gaming market, that interstate and then national online gaming, legal throughout the U.S., will be soon to follow.

The new WSOP real money online poker site is being offered by none other than Caesar’s Entertainment Corp (whose stock has tripled over the past year, no doubt in large part due to this imminent event.) Caesar’s says that they signed up more than 12,000 players for the new online poker site at this year’s 2013 World Series of Poker live at the Rio Hotel and Casino in Las Vegas.

After a delay from its originally planned launch for earlier in the year, Caesar’s and the WSOP expressed gratitude to the Nevada Gaming Control Board for the in-depth licensing and testing procedures they implemented.

Nevada passed online gaming within the state in 2011 and that December passed its regulations for online gambling. And while at present the site will only be available to players in Nevada, a pact between Nevada and New Jersey, where online gambling is also now legal, is seen as inevitable, and the WSOP expects its site to offer its services to players across both states by early 2014. 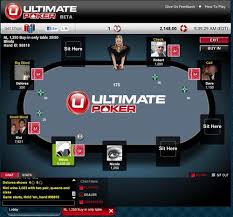 On Tuesday, April 30, 2013 the state of Nevada became the first to have launched a legal online poker site, and the first in the country since the events of Black Friday that effectively shut down legal online poker in the United States. This inaugural legal poker site for Nevada residents is called Ultimate Poker and is run by Station Casinos, which operates live, brick-and-mortar casinos in the state as well.

Right now Station Casinos has just a 30-day license for the Ultimate Poker site while it handles meeting the Nevada Gaming Control Board’s requirements to be granted a formal license.

Right now the Ultimate Poker site will offer 21-year old Nevada gamers nightly online poker games with a $1,000 prize pool and two $10,000 games on Sundays. Right now players can either deposit funds through bank wire or by mailing in a check, or visiting one of the brick-and-mortar Station Casinos.

It is no doubt that the 20 or so other providers looking to set up shop in Nevada, as well as those way across the country in New Jersey and Delaware where online poker and Internet gambling intrastate also got recenlty passed, will be watching closely how this first legal US poker site in several years fares.

Notice that instead of the old 18 year old age requirement, in order to play at Ultimate Poker, a player must certify and prove that they are 21 years of age or older.

Ultimate Poker is affiliated with the UFC (Ultimate Fighting Championship).