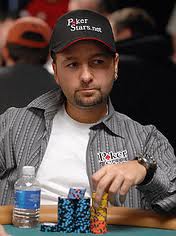 Kid Poker, known on his Canadian birth certificate as Daniel Negreanu, has racked up another big win in the poker world, capturing the title at the first World Series of Poker Asian Pacific main event of 2013. Beating out a 405 player field at the event held at the Crown Casino in Melbourne, Australia, Negreanu has now officially notched his fifth WSOP bracelet, his first since 2008. His payout, meanwhile, of AU$1,038,825 (or USD $1,038,825) was his first 7-figure payday in any WSOP event.

In heads-up play against the man that would become runner-up Daniel Marton, Negreanu had a commanding chip lead of 9 to 1. This also gives Negreanu the lead in the 2013 Player of the Year contest, admittedly still early in its running. But having finished fourth the Event #3, the WSOP APAC AU$2,20 Mixed Event, certainly helps. That event, incidentally, comprised of 8 games in one, was won by Kid Poker’s good friend and fellow poker pro Phil Ivey, who claimed with this win his 9th World Series of Poker bracelet.

Neagreanu’s first WSOP bracelet came in 1998 when he was just 23 years old, at the time the youngest player ever to pick up a WSOP bracelet. This WSOP APAC Main Event win brings his career winnings to over $17 million. Daniel Neagreanu travels the world representing the Poker Stars team of professional players in events like the upcoming PokerStars and Monte-CarloCasino European Poker Tour Grand Final, Europe’s largest poker tournament, taking place in Monaco, as well as the upcoming World Series of Poker in Las Vegas this summer.