The Everleaf Network is set to announce their exit from the US poker market.  An announcement to that effect should break some time tomorrow.   The network received a cease and desist notice from the US government and their Malta licensing authority has advised them to cease all United States operations.

Various skin operators on the network have taken steps to assure players that their money is safe.  No one knows for sure how US players will be refunded their money, but there are supposed to be  negotiations with the United States in progress now to facilitate that return.

This is all breaking news.  Check with Holdem Poker Chat frequently for updates as the situation develops.  Luvin Poker was the only Everleaf Network skin that Holdem Poker Chat promoted.  Other sites on the network included Minted Poker, Poker4Ever, Raider Poker

Luvin Poker has just released details on a new $2K first depositor freeroll as well as a frenzy of daily freeroll tournaments with both cash and points buy-ins.

The freeroll action at Luvin Poker starts with $2,000 worth of first depositor freerolls for first-time players at the site. All you have to do is register for a new membership at Luvin Poker (only one account allowed per player) and make your first deposit to fund your new player account. After that, Luvin Poker will instantly credit you with entries into four exclusive freeroll tournaments with prize pools of $500 each. Luvin Poker schedules two of these freerolls per month, so qualifying deposits must be made within two months of their start dates.

Additionally, Luvin Poker offers daily freerolls for all its players. Monday through Saturday the site hosts freerolls with $5 prize pools four times per day. And on Sundays the site hosts a Freeroll Frenzy with a new $5 freeroll starting every 2 hours. There’s also a special $100 Ladies Only Freeroll scheduled for the first Monday of each month.

Holdem Poker Chat is proud to announce weekly freerolls at Luvin Poker.  These events will be held every Wednesday at 9pm eastern time.  Only players who use our link to Luvin Poker will be eligible to play in these exclusive freerolls.

Luvin Poker is a great site that particularly caters to woman poker players.  Ladies should check them out this Monday November 07, 2011 for a special Ladies Only Freeroll with a $100 prize pool.  Luvin Poker also recently announced that all cash ring games in US dollars will have a $1 rake cap.

In a stunning news release, Luvin Poker has announced a much lowered rake cap on all US tables. From November 1 until December 31, all US tables will have rake capped at just $1. No matter how large the pot, no matter the stakes, every US table will feature the special capped rake.

This new special promotion comes on top of all of their other offers, including a $10,000 monthly rake race, deposit and no deposit freerolls. They also feature tournament leaderboards for the top monthly earners.

Don’t forget that you can also earn your entry to Super 2012 at Luvin Poker. This event is expected to be an amazing poker experience that you can win your way to for as little as   .

Earlier in the week we told you about the upcoming Super Poker Event of Europe 2012, otherwise known as Super 2012, and the satellite tournament series at Cake Poker awarding players free seats in this event. But Cake Poker isn’t the only site holding Super 2012 satellites. Luvin Poker, for one, is doing it as well.

Luvin Poker’s SuperEvent Series runs October 24, 2011 through February 12, 2012 and awards prize packages worth €1,000 each. The series offers a variety of ways to climb to the final and win one of these prize packages. One starting point is the Super 2012 PP event with no cash buy-in at all. These events, taking place five times daily, cost 150 poker points to buy in. Each one awards tickets in the Super 2012 Qualifier to the top 25 finishers.

The Luvin Poker Super 2012 Qualifier costs just €0.25 to buy-in directly and takes place eight times daily. Each one awards at least one seat into the Super 2012 #1 Guaranteed event.

The Luvin Poker Super 2012 #1 Guaranteed event costs €3 to buy-in directly and takes place four times daily. Each one awards at least one seat into the Super 2012 #2 Guaranteed.

The Luvin Poker Super 2012 #2 Guaranteed event costs €22 to buy-in directly and takes place twice daily. Each one awards a seat to the winner into the Super 2012 Final.

Luvin Poker is the latest online poker site that will be sending players to the next Punta Cana Poker Classic in the Dominican Republic, with a $500,000 guaranteed main event.

Following in the footsteps of sites like Bodog Poker and Doyle’s Room Poker, Luvin Poker is now holding Punta Cana Poker Classic satellite tournaments. These are organized in a Steps tournament series format, with players able to work their way up the steps from a daily freeroll costing nothing to buy-in to the bi-weekly Punta Cana Final at which the prize packages into the 2011 Punta Cana Poker Classic will be awarded. Steps tournament buy-ins range from nothing for the freeroll to $420 + $50 for the final.

The Luvin Poker Punta Cana Freeroll takes place five times daily and has an unlimited $0.10 rebuy and add-on. At each event, two seats will be awarded for Step 1 of the satellite series. Step 1 costs $3 + $0.30 to buy-in directly and has an unlimited rebuy and add-on of $3. It too takes place five times a day and awards one ticket into Step 2 of the series for every $17 in the pot. All the remaining step tournaments in the series are freezeout events with no rebuy or add-on. Step 2 costs $16 + $1 to buy-in, takes place 4 times daily and awards one seat in Step 3 for every $80 in the pot. Step 3 has a $75 + $5 direct buy-in, takes place twice a day on Mondays, Wednesdays and Fridays and awards a seat in the final held every other Sunday for every $450 in the pot. 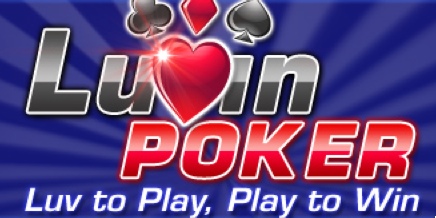 What makes this a PokerPoints Frenzy and not just a four tournament frenzy is that there are no cash buy-ins for these events. You can only buy in with PokerPoints, which you earn by playing at Luvin Poker’s real money tables. It costs 500,000 PokerPoints to enter the $1,000 guaranteed tournament, but you can win your way there for much cheaper.

You can find the PokerPoints Frenzy tournament and all Step satellite tournaments leading up to them in your Luvin Poker SnG lobby.

Luvin Poker runs a PokerPoints program that allows players to earn free entry into a variety of cash multi-table tournaments. Luvin Poker players earn PokerPoints at a rate of one PokerPoint for $0.10 or 1.5 PokerPoints for every €0.15 they spend in rake at LuvinPoker’s real money cash game tables.

While the prize pools are not necessarily huge in these events, they are free to enter with points earned simply by playing as you normally would in LuvinPoker cash games anyway. The real benefit to participating in these PokerPoints Freerolls is that they are a safe (read: no-risk) way to practice tournament style online poker, which is different to play than cash games. Currently all Luvin Poker PokerPoints Freeroll Tournaments are in No Limit Texas Hold’em.

Freeroll tournament entries aren’t the only thing PokerPoints can earn you at Luvin Poker either. The site also has its own webshop, featuring LuvinPoker apparel, including men’s, women’s and unisex tank tops, t-shirts, windbreakers, vests and military caps. You can order any of these items for as little as 1,000 PokerPoints.

Licensed in Malta by the Lotteries & Gaming Authority there, Luvin Poker is open to U.S. players.

Luvin Poker offers its players $2,000 in guaranteed monthly prizes for the top players in its Super League. The Luvin Poker Super League is a points race in which players at Luvin Poker’s selected guaranteed tournaments will earn points based on their performance in the events.

The top 30 players in each of these selected guaranteed tournaments will receive points, ranging from 5 points for each of 26th through 30th place to 200 points for first. Luvin Poker will track these players’ point scores over the course of the month, giving $500 to the player who has earned the most points at the end of the month, $300 to the runner-up and $200 to third place. Players in the top 20 will be paid out a prize of at least $20.

Super League points and the end-of-month $2,000 pot is on top of whatever prize monies these top performing players earn from the tournaments’ guaranteed prize pools. 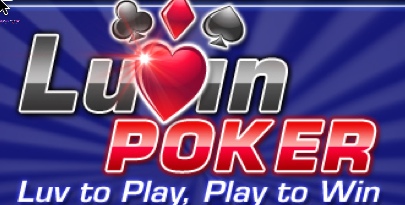 In the PokerPoint Races, play on Luvin Poker’s cash tables and amass as many rake points as possible. The player with the most number of points at the end of the period wins the top prize of $600. Players in the top 20 will be paid out at least $30, with second place getting $400, third getting $300, fourth getting $200 and each of places 5 through 10 getting $100.

In the Raked Hands Races you earn leader board rankings simply for participating in raked hands on Luvin Poker’s cash tables. The player at the end of each race period who played in the most cash game raked hands wins $250. The runner-up gets $150 and the third place finisher gets $100. All players in the top 15 get paid out at least $20.

Luvin Poker is one of the newest poker sites on the scene. And it happens to be one of the only poker sites still welcoming US players, which for some is enough of a reason right there to check it out. For those who need more incentive than that, there are the four rake races with a total guaranteed prize pool of $7,000 taking place this month of August, 2011.