The last chance to win a prize package from Americas Cardroom to the Latin Series of Poker $500,000 guaranteed main event in Lima, Peru later this month is this coming Saturday, May 4 at 7:30 pm ET. That’s the start time and date for the final LSOP Lima Super Satellite, and in honor of that fact, Americas Cardroom has made it a 4 seat guaranteed event. That means the site promises to award not just one but four prize packages to the LSOP Lima.

Each Americas Cardroom LSOP Lima prize package is valued at $3,500 and includes the $1,500 + $150 buy-in for the $500K GTD main event, up to $800 for round trip air fare, a 6-night stay for two at the So de Oro Hotel, breakfast for two at the hotel, round trip transportation between hotel and airport, Wi-Fi access a the hotel, a 24/7 VIP support line, gift bag, and access for two to an exclusive welcome party. The LSOP Lima runs from May 20 to 25 at Casino Atlantic City in Lima, Peru.

The final LSOP Lima Super Satellite with 4 seats guaranteed costs $140 + $12 to buy-in directly, but it’s not too late to win your seat in the event through a satellite. There are two taking place daily at the site (one at 6:35 am and one at 6:35 pm) each awarding 2 seats GTD into the Super Satellite. 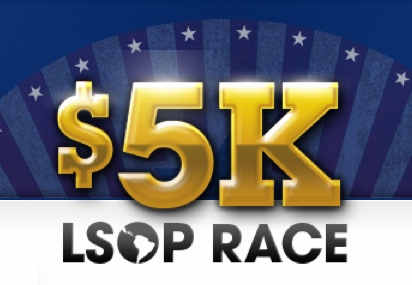 As of Monday, the 16th of April, 2012, Americas Cardroom is running a leaderboard race with a $5k prize pool for Latin Series of Poker satellite tournaments, hence the name: $5k LSOP Race.

Players can earn a share of 100 leaderboard points every time they play in a LSOP 5 PKG GTD Super: 2 Seats GTD event, running daily from April 16th to 28th, every hour, at 5 past the hour.

Players can earn a share of 250 leaderboard points every time they play in a LSOP 5 PKG GTD Satellite – 1 Seat GTD event, running daily at 8 pm from the 16th to the 28th.

Players can earn a share of 2,000 leaderboard points for playing in the LSOP Lima – Five $3.5K Package GTD event which takes place at 7:30 pm on Sunday, April 29th.

On June 5-10, 2012, Lima, Peru will play host to the next Latin Series of Poker Main Event. It takes place at the Peruvian capital Casino Atlantic City and costs $1,500 + $150 to buy-in. Players can avoid that buy-in, however, by winning one of 13 $3,500 prize packages up for grabs at America’s Cardroom right now.

America’s Cardroom’s LSOP Peru prize packages include not only the buy-in into the main event but as much as $800 in air travel costs round trip, hotel accommodations in Lima for 5 nights and transportation to and from the airport and hotel. 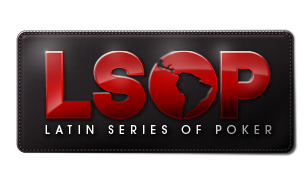 In a rare move for an online poker room, America’s Cardroom is allowing prize package winners who are unable or uninterested in attending the LSOP Peru to trade in their prize packages for a discounted cash value of $2,300.