On August 22, 2011, California State Senate President Pro Tem Darrell Steinberg sent a letter announcing that the bills to legalize intra-state Internet poker would not be voted on this year. The letter was also signed by Sen. Roderick D. Wright, Chair of the Governmental Organization Committee, and author of one of the bills.

Both legislators made it clear they are in favor of Internet gaming; just not now.

Anyone receiving the letter knew it was going to be bad news from the start. It opens with Dear Stakeholder; not exactly the warm salutation you would expect from sophisticated politicians.

Sen. Steinberg told the Sacramento Bee that, although he personally supports legalizing Internet gambling in California,he does not want any legislative action on the issue this year.

Why the delay? After admitting that the issue has been studied for the past three years, including numerous hearings and hours of testimony over the last several months, Senators Steinberg and Wright declare:

Despite these efforts, significant, unresolved issues remain, including tribal exclusivity and waiver of sovereign immunity, the types of games that would be authorized, who would be eligible to apply for gaming site licenses and potential federal constitutional questions.

The State Legislature goes into Interim Study Recess on Sept. 9. [W]e fully expect an objective proposal will be developed during the interim… The G.O. Committee will hold a hearing in January 2012.

Do lawmakers in Sacramento really need another half-year to study the issues?

For the record, the State Legislature spent only a few days deciding that California should have legal landbased casinos. A senior Assembly staff member told the Los Angeles Times how Prop. 1A and the model compact passed in 1999:

It was a stacked deck. It just sailed through both houses in three days without a single genuine public hearing, with hurry-up legislative hearings often held in out-of-the-way conference rooms, and after hours of closed-door negotiations between the governor, legislators and Indian representatives.

But, maybe the legal issues involving Internet gambling are more complicated than those surrounding Nevada-style tribal casinos. Unfortunately, none of the remaining “unresolved issues” seem all that difficult to resolve:

1) Tribal exclusivity. If that is an issue, there is nothing more to discuss. A few California tribes have taken the position that their compacts with the state, giving them the exclusive right to have slot machines in return for revenue sharing, mean no one else can operate Internet poker. Their reasoning is that a home personal computer becomes a slot machine if used for online betting. If that were true, the state would already be in breach for having authorized at-home wagering on horse races. Also, this is probably an argument most tribes would not want to win, because California would then have no reason not to authorize highly-taxed, privately-owned landbased casinos.

2) Waiver of sovereign immunity. The state has signed dozens of compacts with tribes for both casinos and off-track betting. There is no reason for waivers for online poker to be any different from those prior compacts.

3) The types of games. Sports betting is prohibited by the federal Professional and Amateur Sports Protection Act. Remote betting on horse racing is already legal in California. No one is seriously thinking about competing against the California State Lottery, one of the largest in the world. Bingo is limited to charities and tribes, and would require an amendment to the California Constitution to allow private operators. Casino gaming is also limited by the Constitution to federally recognized tribes. So the only game that could attract competitive bids from cardclubs and outside corporations is poker.

4) Who would be eligible to apply. This is obviously the big money question. Politically, at least one of the licenses has to go to a consortium of tribes, and one to a consortium of cardclubs. But politicians are looking at legalizing online poker not to protect local operators, but to raise money, because the state is desperate for revenue. So, at least one license has to go to an outside company with more money than any California operator, such as Caesars or Bwin/party. The only question is whether there will be a limited number of at least three licenses, or unlimited to any operator with enough money.

5) Potential federal constitutional questions. This is probably a reference to the position by the Department of Justice under Pres. George W. Bush that even intra-state Internet poker violates the Wire Act. Since then, courts have ruled that the Wire Act does not apply to poker. But, if intra-state poker violates federal law, there is nothing more to discuss.

So, why the delay? Maybe the senators really do have questions like these, which could be answered quickly by any competent gaming lawyer. Or maybe they are still trying to negotiate the political fight among various tribal factions, cardclubs, tracks and others over how many licenses will be issued, and to whom.

But, the Sacramento Bee may have been the first to publish what a lot of us have been thinking. An editorial on August 19, 2011, three days before the Dear Stakeholder letter, began:

Whether or not they are in support or opposition, lawmakers are unlikely to take decisive action until the last possible moment on two bills to legalize Internet poker and other forms of gambling in California.

These two bills are the ultimate juice bills of the session. Indian tribes and other groups on various sides of this issue are spending huge sums on lobbying, campaign contributions and consulting. The more this issue drags out  and the more that lawmakers can gin up drama and stress over it  the more money will flow through the Capitol.

The Bee and other newspapers have been reporting on the millions of dollars being spent on these bills. The lobbying has become so lucrative that it has even attracted such political heavyweights as former Assembly Speaker Willie Brown, hired by the Morongo tribe as a consultant.

A careful reading of the letter makes it clear that the politicians in Sacramento want additional input: Toward that end we strongly encourage you, as a Stakeholder, to be actively engaged during the interim in helping craft this objective proposal.

Next year is the presidential election, and one-third of the California Senate and 100% of the State Assembly seats will be decided. So the few million dollars that are being spent on Internet poker will be unnoticed in the coming flood of political solicitations and donations.

If Internet gambling is not made legal in California next year, the bills have to be introduced, again, in 2013. The California Legislature meets in two-year sessions. Bills like this, even without the incentive of big money donations to drag things out, are only voted on in even years.

There’s a new online poker bill going before the house, thanks to Republican U.S. Representative Joe Barton, who introduced it on Friday last, June 24, 2011, with the support of four of his Republican colleagues and six of his Democratic ones.

The bill would allow for the licensing, taxation and regulation of Internet poker, with licensure regulated by the U.S. Department of Commerce. The bill stipulated that certain concerns would have to be addressed should it become law, including how to prevent minors for playing at online poker sites and how to deal with gambling addiction. The bill also forbids the use of credit cards to fund online poker accounts, although an otherwise would-be supporter of such a bill, the Safe and Secure Internet Gambling Initiative, came out against it for this very reason, asserting that such restrictions were to stringent and had no place in such legislation.

The Poker Players Alliance, headed up by former Senator Alfonse D’Amato and the biggest poker lobbying organization in the country, is all in favor of the proposed legislation.

The name of Barton’s bill, or H.R. 2366, is the Internet Gambling Prohibition, Poker Consumer Protection, and Strengthening UIGEA Act of 2011. Among its co-sponsors is Barton’s fellow-Texan and a candidate for the Republican nomination for President of the United States, Ron Paul. Also on board, unsurprisingly, is Democratic Representative from Massachusetts, Barney Frank, who previous introduced two other bills before Congress to legalize online gambling, both of which went nowhere.

Legalized online poker in the U.S. took a big blow backward on April 15, 2011 when the U.S. Department of Justice raided several online poker operations for doing business in the United States, including three of the largest poker sites: Full Tilt Poker, Poker Stars and Absolute Poker. 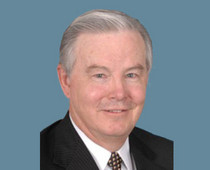 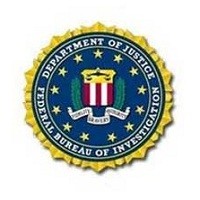 Last week we posted a story about the US Department of Justice releasing some Full Tilt Poker funds so that US players could be paid. As it turns out this is not true. Holdem Poker Chat along with most poker news outlets based the story on an article on eGaming Review Magazine which turns out to just be a lie.

The Public Information Office of the US Attorney’s Office has said that no funds have been released and that if any such action should be taken that it would be followed up by a public filing from their office.

Since Black Friday, the online poker forums like ours have been breaking all-time traffic records. It seems that anyone with accounts on any of the Big 3 have wanted to come and share their story. While it is great to see that so many people are motivated, there are, in fact, better ways to spend the energy.

It is nice to hear stories and know each of us are not alone in our struggle to figure out where to go in this New World Order, but that does not bring about change. Many of the things that the Big 3 were doing were wrong and illegal, by the letter of the law. They knew of these laws, and knew the whole time that they were breaking them. In order for things to recover, governmental regulation will be necessary to pick up the pieces.

But, how do our legislators know that we, as a public, want this to happen? How do they know that our outcry is so large, that so many people are affected? I doubt too many spend their days idly browsing the numerous poker forums on the net.

Click Here for Online Poker Sites Accepting Players from the US

Since the indictments, it has been reported that over 70,000 letters have been sent to various governmental officials related to the changes in the poker world. While it is easy to fall into the trap of believing that your voice does not count, those who wrote those letters did not. What did their actions accomplish? Simply visit any of the Big 3 and you will see that have all reclaimed their domain names, that the DoJ has promised to help facilitate cash-outs. This shows just how much power a vocal group can have.

If you want to see changes, if you want your Congressman to know what you think on the issue, write to them! That is the only way that Congress can know what you want, can ever hear your voice. Take a few minutes and take what you were about to write here at Holdem Poker Chat and make it so your voice will be heard by those who can make a difference.