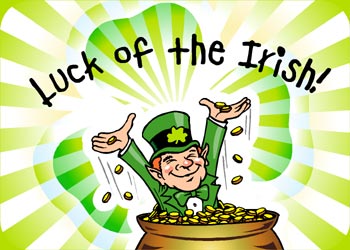 Kevin Vandersmissen knew he had his work cut out for him from the start of the final table.  He was sitting in last place out of nine players with less than 500k in chips, and was looking up a tough leaderboard ahead of him.  He never flinched though, and simply remained patient in picking his spots to get nice double ups and win big pots.  The 2012 Irish Poker Open had some big names from the word go, and it also had an incredible final table finish as well.

To the enjoyment of Vandersmissen there was a double elimination on the fifth hand of the day, meaning that he was locked in for at least seventh place.  His eyes remained on that top spot though, as he doubled up through one of the original chip leaders in David Dean and was holding 1.4 million chips at this point.  Vandersmissen didn’t make much noise, but then saw two more eliminations happen when Samuel Chartier and Jordan Lewis were sent home in seventh and sixth places respectively.

Once again, it was time for another nice double up which sent him to 2.4 million chips at this point.  Vandersmissen’s stack remained just about the same until we were down to three handed play, and he had 2.88 million chips.  First place though was Thomas Beer, who had looked like a force throughout the day with 6.23 million, while Dean was in third with 919k.  Fortunately though Vandersmissen was able to pick up a monster in pocket Aces and send Dean home in third place, which set up a heads up match which was much closer than anyone really anticipated.

He did just that, and when he flopped top pair and got it all against Beer, this signaled the end of Beer’s deep run.  Vandersmissen was officially the 2012 Irish Poker Open Champion and took home the nice pay day of €420,000 as well.