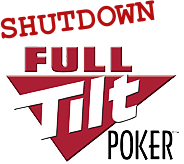 The last week of June wasn’t just the end of the ’10-’11 Fiscal Year. It was also the official end of Full Tilt Poker. A descent that started on April 15 of this year, thereafter considered by the online poker world to be Black Friday, ended last week when Full Tilt Poker closed its doors, in all probability for good.

To be clear on this FullTiltPoker.com was already closed to US players after Black Friday. But now, as of a week ago, Full Tilt Poker is closed to everyone, no matter where in the world they may live. The action to close Full Tilt Poker’s international operations last Wednesday, June 29, 2011, was taken by British Channel Island regulators.

Full Tilt Poker has yet to pay back some $150 million in American player funds frozen along with the rest of Full Tilt’s American assets. And now, they stand to owe millions more to their players left high and dry in the rest of the world. FTP is attempting to raise the funds needed to issue all these necessary (and overdue) refunds by selling majority ownership stake in the Irish parent company of Full Tilt Poker, Pocket Kings to Europan investors.

The US Attorney’s Office, meanwhile, is still said to be seeking around $3 billion in damages from Full Tilt Poker and the other two poker sites named in Black Friday’s seizure, Poker Stars and Absolute Poker. Poker Stars, incidentally, has paid back all $120 million it owed to its American players ousted in the shutdown of their American operations, while Absolute Poker has yet to pay back a dime of American player funds since that dark day in online poker history.