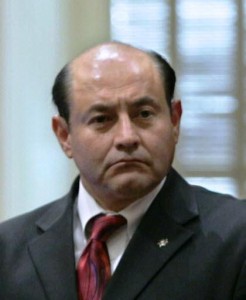 With just three weeks to go before the end of this session of the California state congress, new online poker legislation has just been introduced. The new bill will make online poker legal within the state – as it is now in Nevada and New Jersey, among others – but with the stipulation that only existing card clubs and Native American tribes already offering gambling in the state would be eligible to receive licenses.

This amended legislation came Monday, August 19 from state Senator Lou Correa, Democrat of Santa Ana. Not stated in the bill is what the cost of these licenses would be or how much of a site’s poker revenue needs to be shared with the state. No sponsors have yet come out in support of the amended bill.

Another attempt at legalizing some form of online gambling in the state is still facing the California state congress but has received no hearings as of yet. That legislation is a re-introduction of a bill originally stalled in 2012.

Meanwhile, the various Indian gaming commissions in the state, such as The Pechango Band of Luiseno Indians by Temecula, or the California Tribal Business Alliance have all been trying to craft their own online poker proposal.

The current session of the California state congress ends on September 13, and the Senate President Pro Tem Darrell Steinberg announced that he does not believe any online gambling bills will advance to the floor before that date.