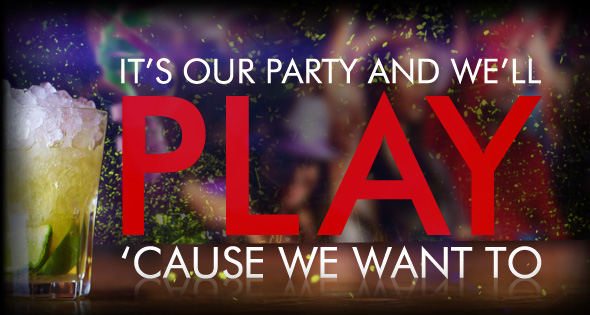 Bovada Poker is gearing up for its 10th Anniversary with a countdown to the grand prize drawing of the decade for a trip to New Orleans for both Mardi Gras and the next Super Bowl.

The 10 Day Bovada Anniversary Countdown started on Tuesday, December 4th and it runs through Thursday, December 13th, during which time the site will be awarding prizes each and every day. Players can each earn 1 prize per day, and with the prize earn an entry into The Best 10 Days of My Life Grand Prize Draw at which the prize package to New Orleans, Louisiana to join in on the Mardi Gras celebration and watch live Super Bowl XLVII.

What’s more, a second Bovada Anniversary Countdown is taking place elsewhere on the Internet: specifically, you guessed it, Facebook. Bovada Poker’s Facebook Party is going on now, awarding a 3-part prize each day of the 10-day promotion. Each day’s prize will consist of:

1.    a ticket into a poker tournament on Bovada Poker
2.    casino chips to use on Bovada Casino
a free sports bet to place on Bovada Sports

Bet Online Poker is one of the only poker sites around that offers players a tournament bonus guarantee. It is literally a bonus that you can specifically use to enter Bet Online Poker’s guaranteed tournaments. To qualify, players must make a minimum deposit of $50. For every $50 deposited, Bet Online will give you 200 Promo Bucks. The maximum amount of Promo Bucks you can earn is 4,000. Deposits made through any method are eligible except for those made through Book-to-Book, which are not.

Promo Bucks are not instantly awarded. Once earned, players must request the Promo Bucks they have coming to them in order for BetOnline Poker to issue them. This is as easy as sending an email that says “Poker promobucks please.” To freeplay@betonline.com, including your username and the amount of your deposit. Promo Bucks will then be issued to your account within a 24-hour period affter receiving your request.

This is in addition to Bet Online’s regular Lifetime Bonus that promises you a 25% match on each and every reload deposit you make into your BetOnline account as long as you’re a real money player there.

The Lifetime Bonus and the Tournament Bonus Guarantee are just two more of the bonuses at Bet Online that are unlike those offered at almost any other site.

New players at Bodog Poker can now earn as much as a 110% match on their initial deposits into a Bodog Poker real money account, up to a maximum bonus amount of $1,100.

Here’s how it works: players download the poker software and register for their new Bodog account. Then they make their first deposit. Instantly, they receive a 10% match on that amount. Then they proceed to play at Bodog Poker, as they do so accumulating poker points. At certain target levels of poker points reached, Bodog Poker will issue another cash bonus on top of any bonuses already awarded. With the first 100 points, for example, players earn $10. After 500 poker points, players get an additional $40. The targets and awards increase from there until accumulating 10,000 points and getting the final $400 bonus for a cumulative $1,100 maximum possible bonus.

These are the only redemption requirements for this bonus. Bodog Poker does not impose any additional rollover or play-through requirements on bonus money earned in this particular promotion. That means you can withdraw the bonus cash as soon as you earn it. But then you’d be missing out on all the fun of playing at Bodog Poker, of course.

Like most poker sites, Cake Poker offers new players a matching bonus on their first deposit into a new real money player account. But going one step further, CakePoker also entices new players to join the site with a $500 Freeroll open exclusively to first-timers to the site.

The Cake Poker first deposit bonus currently stands at 110%, which is 10% higher than your average first deposit bonus. The maximum bonus amount currently stands at $600. Then, for an additional shot at some free money, Cake Poker gives all first depositors a ticket into an upcoming New Depositor $500 Freeroll with, just as it sounds, a $500 guaranteed prize pool. This ticket can be used at any New Depositor $500 Freeroll tournament coming up, with these tournaments taking place every Saturday at 2 pm ET.

In order to cash out any money won in a New Depositor Freeroll, Cake Poker requires you earn at least two Gold Chips first. You can earn those chips before the freeroll takes place, however, and that will allow you to cash out winnings from that event as soon as it finishes are your account is credited for your winnings.

As for the 110% First Timers Deposit Bonus, as with all other Cake Poker bonuses, when first earned it is credited to your account as a pending bonus that you are allowed to use for play on the site but not allowed to cash out any of until after you’ve earned 83.33 FPPs (Frequent Player Points) per $5 in bonus money to cash.