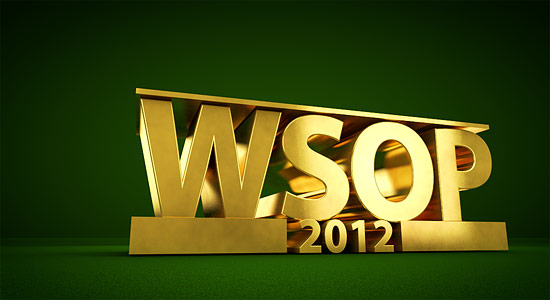 Party Poker was one of the first poker sites to start offering 2012 World Series of Poker main event satellites, launching its WSOP 2012 promotion back on February 27, which is why we thought it was worth bringing up again, in case you forgot about it. Party Poker plans to give away more prize packages to the WSOP 2012 main event than ever, and more, most likely, than most other poker sites this year as well.

The cheapest route to Vegas is to start with the daily WSOP Freeroll tournaments, which each award the top 25 finishers a seat in the $2 daily WSOP Sub Qualifier Speed Rebuy. From here, one player for every $80 in prizepool advances to the $80 WSOP Satellite Qualifier, which takes place twice daily plus an extra turbo event on Sundays. From this event, 1 in every 10 players will move on to the WSOP Satellite, taking place every Sunday at 14:50 ET for a $750 direct buy-in, where Party Poker will award 1 in every 20 players a $14,000 prize package to Las Vegas to play in the WSOP main event.

That’s not the only way to get to Vegas on Party Poker’s dime, though. You can instead start with a $9 WSOP Sub Qualifier Speed that sends 1 in every 10 players to the Satellite Qualifier.

Each Party Poker prize package to the 2012 WSOP Main Event is worth $14,000 and includes the $10k main event buy-in, $2k in spending cash and 10 nights of hotel accommodations while in Vegas for the event.