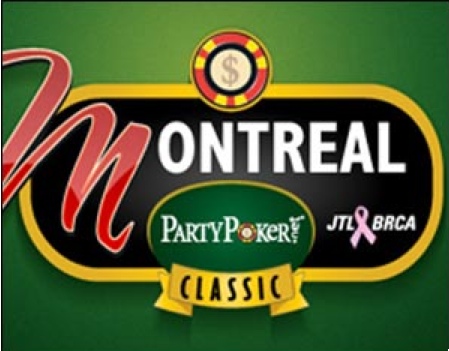 The U.S. Department of Justice’s closing of Full Tilt Poker (and other poker sites) didn’t just affect the United States. And it didn’t even just affect online poker players. It also affected, for one, the recipients of the good work and services of the Miriam Foundation in Canada, which receive substantial support from Canada’s annual Montreal Open of poker. That event looked to be in jeopardy when Full Tilt Poker, the event’s sponsor, proved unable to pay out the prize money to the 30 winners of the last incarnation of that event. Thankfully, rescue assistance came in to save the day, courtesy of Party Poker.

In 2011, the 6th running of the Montreal Open occured just weeks prior to the D.O.J.’s shutting down of FullTilt and fellow poker sites serving U.S. players. Since then, it’s been up in the air whether that year’s winners would ever see their prize money.

Players have remained mostly quiet and, if not patient then at least subdued on the subject, mostly because they don’t want the Mirian Foundation to have to suffer any in order for them to receive their poker payouts.

But the questions about the future of the event, at least, have been laid to rest as, thanks to Party Poker’s stepping in, the Montreal Open has been restaged The Montreal Party Poker Classic. This year, the event will support the Jodi Lazarus Fund for Hereditary Breast Cancer Research also in Montreal.