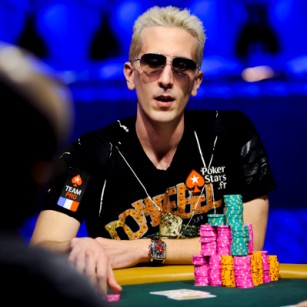 When the eight-player final table dwindled down to the top two, Chris “Moorman1” Moorman of the UK had a 2 to 1 chip lead over Grospelier. Moorman happens to be the highest winning online tournament poker player in history, claiming over $7.9 million in winnings. He also claims $2,657,951 in live winnings, which he started bringing home only as of 2008. 2011 was a big year for Moorman, placing in both the $10k Six-Handed event at the 2011 WSOP and the WSOP Europe Main Event. Alas it was another runner-up finish in this latest event, adding $189,824 to his winnings.

ElkY of France beat out Moorman on 3 out of 3 all-ins heads-up, Moorman reported to his Twitter followers. This win brings Elky’s live career winnings to $9,092,892. He’s been ranked #17 on the ‘All Time Money List’ of poker and is one of a select few to achieve a Triple Crown, winnings the EPT PokerStars Caribbean Adventure, 2008 WPT Al Lago Classic, and a 2011 WSOP bracelet.