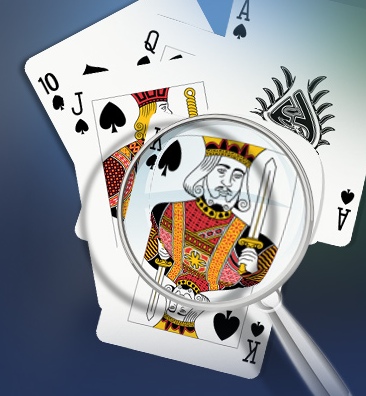 Sports Interaction Poker holds a monthly tournament called the Insider’s Tournament at which the top winner gets a seat in a $5K Added Tournament and the top 20 finishers get a cash prize.

Where the event gets its name of Insider’s Tournament is from the prizes that go out to the top 10 finishers: each player’s choice of one of over a dozen different poker insider’s books, including Doyle Brunson’s Super System I and II and Dan Harrington’s Harrington on No Limit Hold’em Strategy Volumes 1, 2 and 3.

Sports Interaction Poker is running daily freeroll qualifiers into this monthly event, every night starting at 9 pm EST. The top 10 finishers at each of these freerolls will win seats in that month’s Insider’s Tournament.

The end-of-month Insider’s Tournament is a freezeout event with no re-buys and no add-ons.

Sports Interaction Poker is also running its Two for the Money promotion throughout this month, with the first qualifying week and the weekly tournament just finishing up, and three more coming up ahead.

In the Two for the Money promotion, players are encouraged to multi-table by winning entries into a weekly $2K Kamikaze tournament for playing in at least 300 raked hands across two or more tables simultaneously over the course of a week. You can accumulate those hands over multiple sessions, but you must be sitting in at a minimum of two tables at the same time in each session.