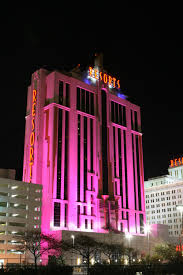 Formerly the undisputed king of its game, Poker Stars has recently suffered some tough times and has of late been bouncing back with some difficulty from the foils of Black Friday, April 15, 2011. Among those troubles was a rapidly closing deadline to file for a permit with the state of New Jersey to offer online poker legally to residents of the state. The holdup was Poker Stars’ inability to land a deal with one of the land-based casinos in the area: not a requirement for entry into the NJ online poker game, but certainly a foot in the door, and one which its biggest competitors had already taken.

The land based casino that has facilitated Poker Stars’ entry into New Jersey’s fledgling online poker industry is Resorts Casino Hotel, according to a statement released by The Rational Group which owns Poker Stars.

Resorts is also partners with Margaritaville and Mohegan Sun in Connecticut. Founded in 1978 and the first U.S. Casino to set up shop outside of Nevada, the Resorts Hotel and Casino in New Jersey is situated right on the Atlantic City boardwalk. This prime location is sure to be a boon for Poker Stars now as well.

Recently Poker Stars was in talks to strike up a similar deal with the Atlantic Club Casino but that never saw the light of day.

Now that Poker Stars was able to hop on Resorts’ coattails in time to file the necessary partnership details for consideration to go live when online gaming in the state does, its next step is to file, jointly with Resorts, its full application for a permit by the deadline of July 29, 2013. 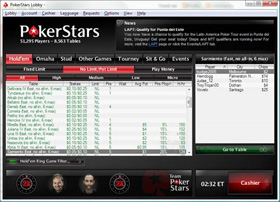 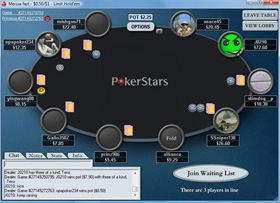