DoylesRoom Poker is back, now located at DoylesRoom.ag and all this month the site that lost its “dot com” and its U.S. player base in one fell swoop back on Black Friday is racing players to big end of summer prize, specifically with its $25,000 Points Race and its Free Parking promotion.

In the $25,000 Points Race you’re not only racing other players, but you’re also racing the clock to earn as many points as you can playing at Doyles Room tables and tournaments before August 31, 2011 winds out.

Poker Sites that Accept US Players

After August is up, don’t be too surprised to see new races similar to these starting in September. Now that DoylesRoom Poker is back in business, we’ll tell you all about what’s coming up next there once it’s announced. 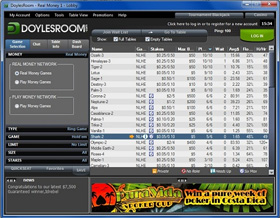 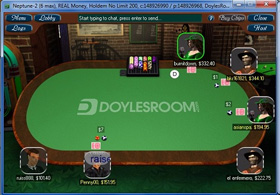