As of Wednesday, July 17, 2013 players at Americas Cardroom poker are playing on the site’s new software update, which includes vast lobby enhancements and new, slicker look and feel to the poker tables. As part of the Winning Poker Network, Americas Cardroom has benefited from the same poker software update that all sites on the network have simultaneously undergone.

Among the notable improvements in the new Americas Cardroom software are:

For U.S. players, one of the great advantages to Americas Cardroom’s new software is that it improves upon an already industry-leading payout processing system that avoids the kind of long delays typical for U.S. players in other online poker rooms.

And still part of the America’s Cardroom community of games and promotions is The Beast – the world’s first progressive rake race, and satellites for the Latin Series of Poker (LSOP) and the Punta Cana Poker Classic. There are also a bevy of ongoing multi-table tournaments with guarantee prize pools of the schedule.

The last update of the Americas Cardroom software was 7 months prior. 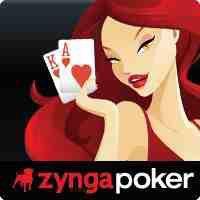 Zynga, the social gaming platform that debut to snowballing success on Facebook, has launched its long-awaited real money online poker client for players in the UK. With the official launch taking place Wednesday, April 3, 2013, Zynga Poker Plus, as the site has been named, offers both an instant, online, browser-compatible, no download version and a downloadable software skin for their acclaimed poker room.

Last October, 2012, Zynga, Inc. partnered with Bwin.Party Digital Entertainment. Now, by launching its new real money online poker site, Zynga Poker Plus, on the Party Gaming Network, Zynga (and its players) will share in the player pools of Party Poker, WPT Poker and bwin, among others, with access to the same player rewards available to players on those other sites.

For anyone familiar with playing at Zynga Poker on Facebook, the look and feel of Zynga Poker Plus will be familiar, down to the sultry red haired, red dressed “spokesmodel” avatar greeting players to the site — the major noticeable difference being — of course — that now they’ll be playing for real money instead of play money.

While the Zynga Poker Plus real money platform is currently only available to players in the UK, Zynga has already submitted its application for Nevada gambling license, where intrastate online real money poker has recently been legalized. 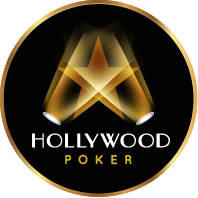 Players of the US-based poker site Hollywood Poker noticed that in June of this year the site where they used to play real money online poker ceased operations. But after several months away, Hollywood Poker is back, albeit with a different face and mission.

The newly relaunched Hollywood Poker appears to provide 2 main services:
• reporting current events regarding famous people (in all walks of life) playing poker
• providing a chance to play free poker against some of those celebrities over a Facebook app

Currently more than 160 A-list and B-list celebrities have signed up with the new Hollywood Poker, including the likes of James Woods, Scott Baio, Dennis Quaid, Kevin Pollack, Ray Romano, Peter Facinelli and Kelly Hu. Pollack, who finished 134th out of 6,598 competitors at this year’s 2012 WSOP Main Event will be one of the celebrities playing at the new play money online poker site.

Since the relaunch about 8,000 players have signed up for the new Hollywood Poker so far.

Also relaunching this week, incidentally, is the new and improved Full Tilt Poker, now under ownership of formal rival Poker Stars, although neither of these two sites will be offerring real money online poker to U.S. players.

If you run a website and are looking for quality poker news for you website use out Holdem Poker Chat News Feed. We’ve had our news featured on msnbc.com, forbes.com and many more.

There are several tools and services you can use to integrate our RSS news feed. The following is a list of tested methods that work well with our feed. Each of them offers you the ability to customize the look and feel of the feed so it seamlessly integrates with your web site.

This is the link to our direct feed.

If you have any problems integrating our feed feel free to contact us for help.