The approximately $15,500 (or $15,427.13 to be exact) that America’s Cardroom is giving away in its 15 Days of Christmas celebration comes from the coffers of its Bad Beat Jackpot. This is the amount that has not yet been claimed in 2013 Bad Beats. So, for the 15 days of this promotional period, Americas Cardroom is suspending the Bad Beat Jackpot so that it can use all those funds for the prize pools of the 15 Days of Christmas On Demand Freeroll Tournaments.

The registration period for each of these tournaments starts at 6:15 am ET each day of the approximately two-week promotional period. Once 1,000 people have registered for the tournament, it will begin. There will be 45 minutes allowed for late registration at each event.

Bovada Poker is celebrating the December holidays this 2013 with a Holiday Gift Grab promotion full of what the site is calling “Season’s Givings” with an estimated $180,000 or more waiting to be awarded.

Between December 16 and 31, 2013, Bovada Poker is holding added holiday satellites with buy-ins as small as $1.10 awarding entries to a $100K Semi-Final as well as tournament tickets valued at up to $109 a piece. Find all these satellites in the Bovada Poker player software under the Special Tournaments tab.
Then on Boxing Day, December 26, 2013, Bovada Poker will hold $75,000 worth of guaranteed prize pool tournaments. The schedule features 5 hyper qualifier events each hour, with 1 to 5 seats each in that hour’s main event. Buy-ins for the qualifiers range from $0.22 to $22. Buy-ins for the main events themselves range from $1.10 to $162. Events include Power Hour Turbos, Knockouts, Short Stacks, Deep Stacks, Turbo events and more. Prize pools range from $1,000 to $20,000. 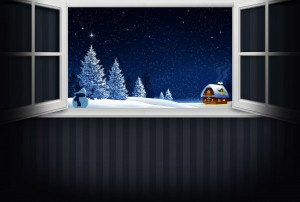 In addition, there are also Winter Warmers, prizes of 888 Poker merchandise and more, all also up for grabs during these $10K (£6K) Daily Winter Freeroll tournaments.

Players have until the end of December to redeem their Daily Winter Freeroll tickets before they expire.

Only 3 of a kinds received during cash games or tournaments with real money buy-ins are eligible for Winter Giveaway Freeroll tickets. Trip 8s received in freeroll tournaments, for example, do not count toward Daily Winter Freeroll Tournament tickets. It does not matter, however, whether the three of a kind includes 1, 2, or none of your hole cards. 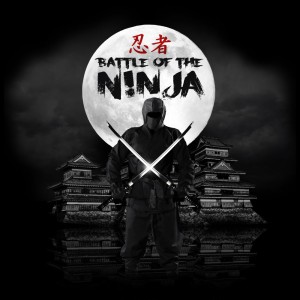 This December 2013, Lock Poker is hosting the Battle of the Ninja, a month long leaderboard competition with more than $10,000 guaranteed in prizes.

To start yourself on the path toward your share of up to $10,000 in prizes,  make a deposit into your real money Lock Poker account using the promo code NINJA. That will give you a 150% bonus of up to $2,000 maximum. Then play with that money on the Lock Poker cash tables and SNG tournaments, moving up the leaderboard as you do so.

In addition to daily prizes, at the end of the month the top 30 players on the cash game leaderboard and the SNG leaderboard will earn an automatic entry into one of two different exclusive Ninja tournaments, each featuring more than $5,000 guaranteed in prizes. 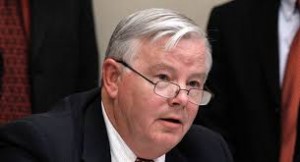 In the wake of New Jersey’s smooth and successful entry into the legal intrastate online poker market, Congress has been spurred to reconsider legislation that would make online poker legal nationwide. The bill under consideration currently (after the failure of so many similarly inclined bills preceding it) comes from Texas Republican and an avowed poker player Joe Barton. After sitting on the shelf since July when Barton first introduced the bill, New Jersey’s widely publicized foray into the legal online poker market has led Congress to hold a hearing on Barton’s bill.

In that hearing, held before the House Subcommittee on Commerce, Manufacturing and Trade, Barton asserted that the day for federally legalized online poker is coming, whether it’s his bill that reins in the new era or not (our wording, not his). Barton’s bill would make online poker legal nationwide with a provision allowing states to opt out if they so wish.

Republicans used to be on the opposing side of the legal U.S. online gaming debate, but in recent years the tide has seemed to change on their general opinion of the industry, recognizing certainly its income producing value, no small factor when taking into consideration the still lagging economy.

Federal standards would not prevent states like New Jersey, Delaware, and Nevada from continuing to offer online poker as they wish within their own state’s borders, but they would be obliged to comply with federal regulations and guidelines were they to go into affect. According to officials from New Jersey, the state’s own guidelines would meet or exceed the federal ones.

Party Poker is holding a Pokerfest Micro Turbo series running the first two weeks of December with a total guaranteed prize pool up for grabs of $270,000.

The Party Poker Pokerfest Micro Turbo takes place over the 15 day period running between December 1 and 15, 2013, during which the site will host 67 special online poker tournament events, all micro turbo events, but otherwise divided up among Hold’em and Omaha, bounty events and shootouts, rebuy events and much more. Buy-ins start at only $0.11 (hence the “Micro” part of the name) and blinds jump quickly (hence the “Turbo”).

Prize pools in these events can go up to as much as $50,000. There are Mega Satellites for eight of the biggest Pokerfest Micro Turbo events with 200 seats up for grabs.

This December, Poker Stars is giving away over $27 Million in its December Festival. Running from December 1 to 22, 2013, the Poker Stars December Festival is made up of a number of different promotions that offer enormous cash prizes, with the prize pools also boosted for some of the site’s most popular tournaments.

After kicking off last Sunday with a Double Vision Sunday offering twice the Sunday Majors action, the December Festival continues with $500,000 Golden Sit & Gos from December 2 to 8, with $500K in cash awarded randomly to players seated at those tables.

On Sundays, December 8 and 15, Poker Stars offers Million Dollar Sundays with boosted guaranteed prize pools for all the Sunday Majors, including a $1 Million Sunday Storm and a $500K Sunday Million.

For the week starting December 9, PokerStars offers $500,000 December Mission Week, with different missions to choose from, completing any one of which will earn you up to $25,000 cash and an entry into a special Mission All-in Shootout tournament.

As of December 16, Poker Stars will be counting down toward Milestone Hands, with $700K awarded over a span of 300 million online poker hands.

And finally, the Poker Stars December Festival wraps up the weekend of December 20 with the WCOOP Challenge Series, featuring 8 different events over the course of the weekend.

Visit Poker Stars for further details on each of these promotions making up the site’s spectacular $27,000,000 December Festival. 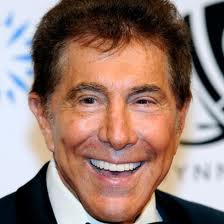 After a successful trial-run that lasted 5 days, the state of New Jersey has, as of November 25, 2013, official launch its legal intrastate real money online poker. As of last Tuesday, half of Atlantic City’s dozen brick-and-mortar casinos got into the online game—literally.

One site that was distinctly not present in the big New Jersey legal poker launch was none other than former industry giant Poker Stars. Still a leader in the game, PokerStars is just a little late to this one, apparently. As of this writing, PokerStars is still awaiting its license to operate in New Jersey.

Meanwhile, in the land-based casino world, many of these same casinos getting into or avoiding getting into the online gambling arena are 40% down on revenues from their peak in 2006. There is much debate on whether legal online gaming in New Jersey will help or hurt the effort to close that gap.

Steve Wynn of Wynn Resorts is one brick-and-mortar casino CEO who is all in favor of online poker, seeing it as the inevitable revolution in gaming anyway, whether or not he and his cohorts are on board for it.

Poker Stars is giving players the chance to play live poker on television against some of  poker’s biggest names for a $1 million prize. The Shark Cage is a brand new television program that brings together some of the world’s biggest living legends of poker, members of Team PokerStars Pro, and everyday PokerStars players like yourself to compete for a million dollar grand prize.

To take your shot at the $1 million grand prize in Poker Stars The Shark Cage, compete in the online qualifiers taking place at PokerStars today and tomorrow at 15:00 ET. These events will each have a $5,000 added prize pool, with the top 50 players from each advancing to the casting phase of the audition for The Shark Cage TV program. To claim your qualifier ticket make a minimum deposit using the corresponding bonus code as can be found on The Shark Cage promotion’s page on the Poker Stars website.

The Shark Cage TV program consists of 8 heats containing 5 pro players and 1 PokerStars member, each heat filmed at a European Poker Tour event. At the end of each heat, one of the 6 players will advance to The Shark Cage final which will be held at the EPT London. There the winner-takes-all $1 million grand prize will be awarded.

Players making it to the casting stage will be given instructions about how to prepare and submit the video needed to move them onto the next phase of the audition for The Shark Cage TV program and Poker Stars $1 million guaranteed grand prize.

Each LSOP Millions prize package is valued at $2,500 and includes the LSOP Millions Main Event buy-in of $750 + $100, 6 nights of double occupancy accommodations at the Hard Rock Megapolis Panama with breakfast included, a $20 credit per day to apply in the hotel bar, 24/7 VIP Support Line access while the event is playing, $750 for miscellaneous travel expenses, and an Americas Cardroom gift bag.

Day 1 of the LSOP Millions will take place throughout Latin America, including Panama as well as Mexico, Costa Rica, Peru, Aruba, Honduras, Columbia, Chile, and the Dominican Republic, with Day 2 taking place in Panama. Although the prize package does not include accommodations past March 13, if a prize package winner is still in the running past this date, Americas Cardroom will cover the costs of the hotel stay for the extra nights.

The schedule for the LSOP Millions includes many side events, including a $500 Pot Limit Omaha event, and several High Roller and Last Chance events.